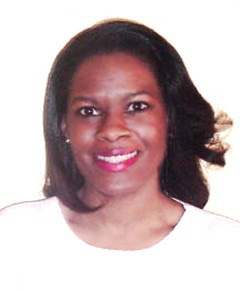 Former IRS agent and whistleblower Sherry Jackson, a political prisoner  who has been wrongfully incarcerated since 2008, is still in solitary confinement, where she has been since December 2009. This is almost three months of solitary, and according to Sherry's husband, Colin, Sherry is still shackled in chains every time she leaves the cell.

Colin has been able to visit her and says that physically her health seems to have improved and that her spirit is strong.

But let's face it, how many of us would be able to withstand such an ordeal?
This is an outrage and everyone who cares needs to speak out about it.
Sherry still has no attorney, and no writ of habeus corpus has been served to the prison.

Colin Jackson, who has appeared on several talk shows regarding Sherry's plight, says he is willing to be a guest on more programs, in the hope of generating more interest from the patriot community in helping Sherry.
Please, if you are a talk show host, or if you know someone who might be willing to address this issue, contact Sherry's husband, Colin Jackson at:
colinljackson@msn.com
And thanks to those radio hosts (at least the ones I know about) who have covered the Sherry Jackson case and/or who have had Colin as a guest: Mark Anderson (RBN); Dave Champion (RBN); John Stadtmiller (RBN); Michael Herzog (Oracle Broadcasting).
Also, please let Sherry know that we have not forgotten her.
Write her a note, and let her know how much she is loved and appreciated. As Colin mentioned, Sherry feels badly that she might be unable to respond to all the correspondence, so also let her know that you understand and don't expect a reply.
Name: Sherry P Jackson
Register#: 59085-019
FCI TALAHASSEE
FEDERAL CORRECTIONAL INSTITUTION
501 CAPITAL CIRCLE, NE
TALAHASSEE, FL 32301
Thank you for your consideration and God bless you.
For more information see this SPECIAL REPORT:
SUPPORT SHERRY JACKSON: AN AMERICAN HERO
Barbara Hartwell Percival
March 10, 2010
****************************
Barbara Hartwell Percival
Legal Defense & Research Trust
PO Box 7487
Ocean Park, Maine 04063
Barbara Hartwell Vs. CIA
http://www.barbarahartwellvscia.blogspot.com
Posted by Curriculum Vitae at Wednesday, March 10, 2010