War in Heaven: Who Is On the LORD'S Side?

7 And there was war in heaven: Michael and his angels fought against the dragon; and the dragon fought and his angels,
8 And prevailed not; neither was their place found any more in heaven.
9 And the great dragon was cast out, that old serpent, called the Devil, and Satan, which deceiveth the whole world: he was cast out into the earth, and his angels were cast out with him.
10 And I heard a loud voice saying in heaven, Now is come salvation, and strength, and the kingdom of our God, and the power of his Christ: for the accuser of our brethren is cast down, which accused them before our God day and night.
11 And they overcame him by the blood of the Lamb, and by the word of their testimony; and they loved not their lives unto the death.


Revelation 12: 7-11
Then Jesus said unto them, Yet a little while is the light with you. Walk while ye have the light, lest darkness come upon you: for he that walketh in darkness knoweth not whither he goeth. While ye have light, believe in the light, that ye may be the children of light.
John 12: 35-36
Be ye not unequally yoked together with unbelievers: for what fellowship hath righteousness with unrighteousness? and what communion hath light with darkness?
2 Corinthians 6:14
Do not participate in the unfruitful deeds of darkness, but instead expose them.
Ephesians 5:11
Then Moses stood in the gate of the camp, and said, Who is on the LORD'S side? let him come unto me. And all the sons of Levi gathered themselves together unto him.
Exodus 32:26

[The Fall of Lucifer]

12 “How you are fallen from heaven,
O Lucifer, son of the morning!
How you are cut down to the ground,
You who weakened the nations!
13 For you have said in your heart:
‘I will ascend into heaven,
I will exalt my throne above the stars of God;
I will also sit on the mount of the congregation
On the farthest sides of the north;
14 I will ascend above the heights of the clouds,
I will be like the Most High.’
15 Yet you shall be brought down to Sheol,
To the lowest depths of the Pit.
16 “Those who see you will gaze at you,
And consider you, saying:
‘Is this the man who made the earth tremble,
Who shook kingdoms,
17 Who made the world as a wilderness
And destroyed its cities,
Who did not open the house of his prisoners?’
Isaiah 14:4-17
Barbara Hartwell Percival
Legal Defense & Research Trust
PO Box 22
Old Orchard Beach
Maine 04064
Barbara Hartwell Vs. CIA
http://www.barbarahartwellvscia.blogspot.com
Posted by Curriculum Vitae at Wednesday, August 28, 2013 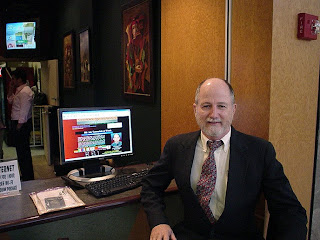