The Duty of Every Patriot 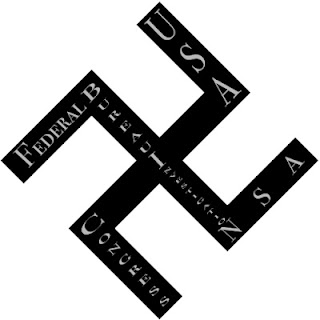 It is the duty of every patriot to protect his country from its government.
--Thomas Paine
Most Americans will never know what it is like to be targeted for a neutralization campaign. That is because they have not been singled out for persecution. For this reason, because they have not personally experienced the living hell of being a Target, often they have trouble believing the true stories of those like Barbara Hartwell or former FBI agent Geral Sosbee. Rather, we are often called "radicals" or " anti-government extremists", especially by the more ignorant among the population.
Being a veteran of decades of counterintelligence wars, I have chosen to  dedicate much of my time, and my investigations, to exposing the truth of the psy war and neutralization campaigns being waged against whistleblowers.
Unfortunately, over the past decade, the word "whistleblower" has been watered down to such an extent that it is being used inaccurately by non-whistleblowers; bandied about in connection to unrelated issues; and claimed as an unwarranted "credential" by those who have not earned it, those merely seeking attention and attempting to aggrandize themselves.
Here is a legal definition of "whistleblower":
http://legal-dictionary.thefreedictionary.com/Whistleblowing


The disclosure by a person, usually an employee in a government agency or private enterprise, to the public or to those in authority, of mismanagement, corruption, illegality, or some other wrongdoing.


Whistleblowing statutes protect from discharge or discrimination an employee who has initiated an investigation of an employer's activities or who has otherwise cooperated with a regulatory agency in carrying out an inquiry or the enforcement of regulations. Federal whistle-blower legislation includes a statute protecting all government employees, 5 U.S.C.A. §§ 2302(b)(8), 2302(b)(9). In the federal civil service, the government is prohibited from taking, or threatening to take, any personnel action against an employee because the employee disclosed information that he or she reasonably believed showed a violation of law, gross mismanagement, gross waste of funds, abuse of authority, or a substantial and specific danger to public safety or health. In order to prevail on a claim, a federal employee must show that a protected disclosure was made, that the accused official knew of the disclosure, that retaliation resulted, and that there was a genuine connection between the retaliation and the employee's action.
********************

Just go out on the Internet, and you will find all kinds of people claiming to be "whistleblowers" and stretching the definition to absurd lengths. Most of them have never been inside any government agency, corporation, organization or other entity on which they claim to be "exposing" to the public, the crimes, corruption, cover-ups. Most are only parroting second or third hand information and/or posting the work of others. This is NOT a whistleblower.


Most are not even journalists, though some claim to be. Nowadays, the word "journalist" has been compromised, just like the word "whistleblower".  Journalism is a profession, it is not a 'hobby' that someone pursues in his spare time. A 'blogger' (and how I hate that stupid term!) is not a journalist.


Yet the Internet is loaded with all kinds of people claiming to be "whistleblowers" and "journalists", those seeking recognition by promoting themselves, and by claiming to be "exposing" information which is not based on personal knowledge; not based on facts, and for which they have no evidence.


To make matters worse, some of the amateurs/wannabes making these false claims are attacking legitimate whistleblowers and journalists (including Sosbee and Hartwell) with libel and slander, in efforts to discredit them, simply out of envy and malice.


Former FBI agent Geral Sosbee, who was forced to retire from the FBI (1978), because he refused to 'go along to get along'; refused to participate in the crimes and corruption within the FBI; honored his oath to defend the Constitution, against all enemies, foreign and domestic, and who, rather than cave to pressure to 'conform', became a whistleblower, is the Target of a brutal persecution campaign, in attempts to neutralize him.


Here is a recent brief report, outlining some of the tactics which are deployed against him.