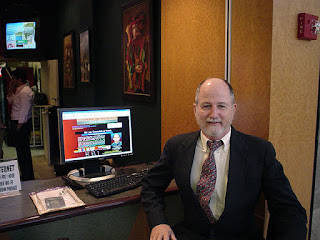 Letter to United States Attorney in Support of Dr. Carpenter

NOTE: Here is my letter to the United States Attorney. For everyone who cares about Health Care Freedom, I ask that you please write your own letters. Dr. Carpenter needs our support, so please send your letter, by e-mail or post ASAP. The deadline is March 1, 2013.
If sending by e-mail:
ryan.souders@usdoj.gov
Thank you for your consideration.
BHP
February 23, 2013
Barbara Hartwell
PO Box 22
Old Orchard Beach
Maine 04064
Danny C Williams, Sr.
United States Attorney
Northern District of Oklahoma

Ryan L. Souders
Assistant United States Attorney
110 W 7th, Suite 300
Tulsa, Oklahoma 74119-1013
Dear Messrs. Williams & Souders,
I am writing to you as a friend and supporter of Dr. Antonella Carpenter, who has received a letter from your office stating that she is the target of a Grand Jury Investigation on the charges of  "mail and wire fraud."
To my knowledge, according to Dr. Carpenter, no futher information was disclosed as to the specific nature of this allegation.
I understand from witnesses that Dr. Carpenter's office was raided by FDA agents on July 11, 2012, accompanied by local police, and that much of her property was seized at that time, including her hardcopy records, computer files, her laser equipment, and a large sum in cash.
This raid was accomplished only by deception, whereby the FDA agent falsely claimed to be the "nephew" of a prospective "patient". In other words, the agent lied to Dr. Carpenter. The "patient", whom she spoke to on the telephone, also lied, in presenting false information about her "symptoms" prior to setting up the "appointment" for treatment.
Is this how things are routinely done by your colleagues, sworn to uphold the law, that dishonesty is acceptable, any means to an end? If so, then I have to wonder about your concern for any form of justice, which should be pursued and administered only in accordance with the truth.
As an investigative journalist, and as a person concerned with the issue of health care freedom, I have taken the time, over the past year, to learn a great deal about Dr. Carpenter's method of treatment; to do my own research, and to discuss with her and her associates the series of events which transpired over a period of years, which has now culminated in this Grand Jury Investigation.
I wonder if you are aware that Dr. Carpenter has suffered years of persecution, including outrageous calumny of libel, slander, character assassination, defamation; that she has been targeted for extreme forms of harassment, vandalism and threats, by dishonorable and malicious persons intent on shutting down her professional practice and business, Lase Med Inc.
I wonder if you have taken the time to make even a cursory review of the information published on Dr. Carpenter's website, which provides a body of scientific evidence on her treatment, what precisely it is, how and why it works, and which includes video tutorials by Dr. Carpenter and testimonials from her patients. Such as: "Dr. Carpenter saved my life."
I wonder if you have taken the time to actually contact or interview any of these patients, who have no complaints against Dr. Carpenter, but rather whose gratitude and respect have been clearly stated in their testimonies.
I wonder if you are aware that Dr. Carpenter's practice was conducted in full compliance with the laws of the states where her business was located. There were no violations, nor was she at any time cited for such.
The issue facing all of us in this country who will stand in defense of our God-given rights is far greater than just this one case. We have the right to choose our own treatments, to make our own decisions about our own lives, and to reject any methods of standard care, such as chemotherapy and radiation, once we have determined for ourselves that they are dangerous and deadly, rather than being any form of cure or healing.
And we certainly have the right to stand up in defense of our constitionally protected right to free speech, including about health care and science. Which is precisely what Dr. Carpenter has been doing for many years.
I hope that you will consider all these issues in relation to your investigation, which should serve the truth, and which should pursue justice, rather than make a scapegoat of an innocent woman whose work is dedicated to helping people, preventing unnecessary suffering, and saving lives.
Thank you for your consideration.
Sincerely,
Barbara Hartwell
Barbara Hartwell Percival
Legal Defense & Research Trust
PO Box 22
Old Orchard Beach
Maine 04064
Barbara Hartwell Vs. CIA
http://www.barbarahartwellvscia.blogspot.com
Posted by Curriculum Vitae at Saturday, February 23, 2013 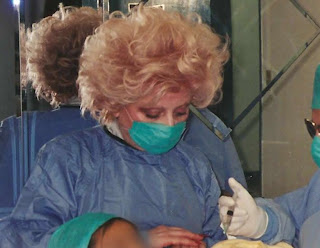