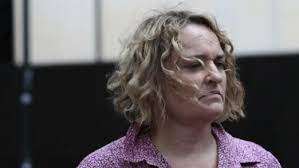 A woman named Fiona Barnett has been running a huge disinformation operation on the Internet, and she and her accomplices have succeeded in deceiving countless people, who believe her lurid stories, who support, endorse and promote her as some sort of heroic figure who has “exposed” child trafficking crimes, pedophiles, satanic ritual abuse, and MK Ultra.

Nothing could be further from the truth. Fiona Barnett is a liar and a fraud. Quite a number of her preposterous claims have been proved to be false, by those who have collected damning and irrefutable evidence against her.

It is a dangerous operation with multiple bad actors, that is being exposed. This document is in the hands of the U.S. government as well as multiple other agencies and individuals.

Far worse, Fiona Barnett is a diabolical calumniator who has run filthy defamation campaigns against a number of decent, honorable Christians, to whose names and reputations she has done great damage. Defamation which has also been promoted by her entourage of accomplices, those naming her as a “source” of the insidious disinformation and black propaganda she spews, a hideous gargoyle spouting noisome sewage from her mouth.

Her Christian Targets have included Craig Sawyer (Veterans 4 Child Rescue) and the late Russ Dizdar (Shatter the Darkness), two of the most legitimate and genuine Christian warriors who have worked tirelessly to defend victims of child sex trafficking and satanic ritual abuse and to put the perpetrators out of business. 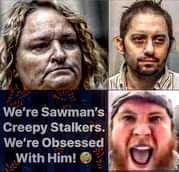 In my estimation, anyone who supports, endorses and promotes Fiona Barnett, for whatever reasons, is an accomplice to the evil, anti-Christian blasphemy, and should be named and soundly rebuked in the Name of Jesus Christ.

Shame on you, one and all!

I do not care “why”, or what their reasons may be. Some may have been duped. Some may have a self-serving agenda. Some may be seeking fame and fortune, by promoting sensationalist falsehoods. But in my opinion, there is no excuse; they are all guilty as sin and should be held accountable by any true Christians who serve the Lord.

Here, just a short list of those who have supported, endorsed and promoted this demonic entity, and have thereby harmed others by the bearing of false witness and parroting of slander against decent, honorable individuals.

This horrifically defamatory article has been removed from the Internet, some time ago, but I read it and was outraged at the blasphemous lies against Christian pastor Russ Dizdar by Fiona Barnett. And I must ask, in the interest of the most blunt of truths: what kind of person, especially those claiming to be Christian, could possibly promote the woman who spews such appalling filth against a brother in Christ, a hero to so many who have suffered under satanic atrocities? Absolutely disgusting!

Reggie Fashbaugh promotes Fiona Barnett, while claiming to be a “Christian” and “advocate” for survivors of MK Ultra, SRA and child trafficking. I have heard from at least 3 reliable sources that she has been spreading the lie that Craig Sawyer is a “fraud”, perhaps parroting Fiona Barnett. In any case, from observing her on video and listening to some of her smug (but incredibly ignorant) comments, and also reading some of the malicious gossip she promotes on social media, I must say that she knows not whereof she speaks, and I have discerned that the Holy Spirit is nowhere to be found – not in anything this woman says, or promotes.

In addition to all this, I find it typical of a supporter of Fiona Barnett to be a Jew-hater. Here are some quotes by Reggie Fashbaugh:

"They have always been practicing their cannibalism and ritual murders."

"The Jews, they are bad people, they are not of a good bloodline."

"The Holocaust hoax is the biggest hoax on humanity."

– Reggie Fashbaugh, promoter of numerous Jew-haters, on The Jews, from a discussion on a podcast, March, 2022

Absolutely appalling! In my opinion, this woman is very bad news. She is loud and aggressive, at times even hysterical, she promotes false doctrines, and attempts to lead others down all the wrong roads.

Cathy Fox is a major promoter of Fiona Barnett, as well as many other charlatans, frauds and liars. Her website is a filthy miasma of sensationalism and disinformation, apparently designed to appeal to curiosity seekers of the ghoulish and perverse persuasion.

Penny Shepard is a fraud, liar, intelligence groupie, CIA-wannabe, who heavily promotes Fiona Barnett. She has accused Barbara Hartwell and Craig Sawyer of being CIA. She is an extremely aggressive gate-crasher who has exploited the name of Barbara Hartwell, harassed and invaded privacy, libeled and slandered me and members of my family. See my reports on this site exposing her.

"I was gangstalked by my brother's operatives to tell me Fiona Barnett was a psyop; Michael Aquino orchestrated a 115 pg psyop against Fiona; She is a truthteller; Her book is free: she reiterates my saying "The truth should be free." #CIA #NSA #MKULTRA"

"Hey Hartwell you are a lying POS; Fiona is telling the truth; Sawyer is #CIA, so are you; you are cointel pro; I get why you would write this CRAP; because you are a malicious evil woman who is an ORDAINED MINISTER; humm what "church" would you be ordained in Babs? Get bent."

"FIONA BARNETT: A HERO IN OUR FIGHT AGAINST SEXUAL ABUSE & MIND CONTROL"

"Fiona Barnett is a hero in our fight against NWO, CIA, MK-ULTRA, satanic ritual abuse, and child sexual abuse."

In summary, anyone who supports, endorses and promotes Fiona Barnett and her entourage of demonic liars (for ANY reason) is trafficking with the devil and is certainly persona non grata to me.

And they cannot escape the fact that by promoting this vile reprobate, they are also harming every person whom Fiona Barnett has defamed.

Minister of the Gospel of Jesus Christ

Here is some additional information and analysis presented by Craig Sawyer, regarding the true nature of those criminals operating from the demonic realm, running defamation and disinfo campaigns against the true Christian warriors who are dedicated to exposing this monstrous evil, warning others, apprehending them and bringing them to justice.

For the love of God, pray for discernment, for eyes to see, ears to hear.

Lets Clean Up the Clickbait Libelers