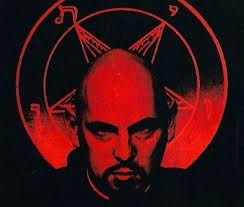 11/2/98
Dear Barbara,
I miss you --hope all is well.
I was just reminiscing my trip to Ct. when we drank our toast. (a great toast I must say)
The marriage (we really didn't perform a civil ceremony) didn't work out. It only lasted 2 and one half weeks and I left. It would have been a castrophy [catastrophe (?)] to stay there. Nothing against Diana.
I am enclosing my latest intelligence memo. Make copies and distribute them. Doing fine but I'm broke.
Say hello to everyone
XXOO
Ted 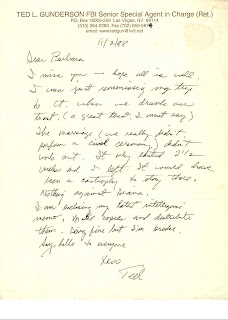