The Living Dead: A Frightful Lot 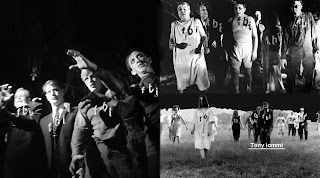 "Men die of fright and live of confidence"


Fright is at once the plague of the Living Dead and the disease it seeks to spread.


"No man can take part in the torture of a human being without having his own moral  nature permanently lowered."

“Never co-operate with secret services. The first thing they do is turn you into a murderer (by making you accessory to their crimes).”
--Peter Mooring


http://www.sosbeevfbi.com/statement.html
The modern day living dead are those individuals (**including their silent,  behind-the-scene supporters) who seek out others for torture, imprisonment and death. See:


We the living recognize the dire circumstances confronting the heartily alive among us who are in numbers increasingly unarmed and at the same time unsuspecting of the atrocities inherent in the current stealthy onslaught. Blind trust in government often lures the innocent into the ranks of the LD, and they are all soon obsessed with and mesmerized by one and the same pragmatic, godless and collective goal: the conquest of Mankind by a singularly hideous and destructive creed . See:


Many of us among the living have come to view the reality of the LD phenomena as antithetical to human dignity and contrary to the laws of divine nature, because we recognize that the LD is characterized in his vile machinations by a macabre, immoral and murderous disposition from which no quick escape is apparent; ironically the LD shares a common fate with his new recruits: no way out of the labyrinth of hell created by the decadent and disturbed mind. See:


Finally, those remaining alive and strolling (on the surface placidly) amidst the turmoil created by the LD sometimes find comfort in the company of their own kind , as they welcome the inevitable return to grace offered by the heavens to the ever living and pure at heart who manage to avoid conscription into the ranks of the LD.

I consider all persons who assist in the unlawful or immoral actions against me (including all identified parties and others at the University of Texas and at at Starbucks Coffee and other similar shops) as potential assassins who aid the fbi in their efforts to torture or kill me. These individuals and others similarly stationed have helped turn the USA into a deadly and macabre police state. 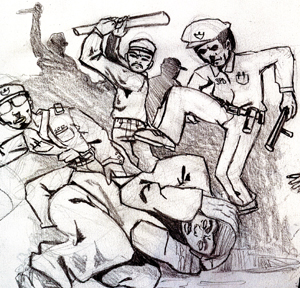