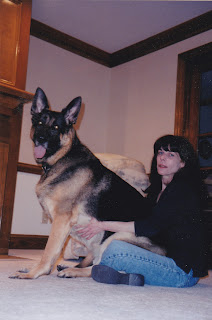 Who shall separate us from the love of Christ? shall tribulation, or distress, or persecution, or famine, or nakedness, or peril, or sword?

As it is written, For thy sake we are killed all the day long; we are accounted as sheep for the slaughter.

Nay, in all these things we are more than conquerors through him that loved us.

For I am persuaded, that neither death, nor life, nor angels, nor principalities, nor powers, nor things present, nor things to come,

Nor height, nor depth, nor any other creature, shall be able to separate us from the love of God, which is in Christ Jesus our Lord.

The Lord redeemeth the soul of his servants: and none of them that trust in him shall be desolate.

Give ear to my words, O Lord, consider my meditation.

Hearken unto the voice of my cry, my King, and my God: for unto thee will I pray. My voice shalt thou hear in the morning, O Lord; in the morning will I direct my prayer unto thee, and will look up.

For thou art not a God that hath pleasure in wickedness: neither shall evil dwell with thee.

The foolish shall not stand in thy sight: thou hatest all workers of iniquity.

Thou shalt destroy them that speak leasing: the Lord will abhor the bloody and deceitful man.

But as for me, I will come into thy house in the multitude of thy mercy: and in thy fear will I worship toward thy holy temple.

Lead me, O Lord, in thy righteousness because of mine enemies; make thy way straight before my face.

For there is no faithfulness in their mouth; their inward part is very wickedness; their throat is an open sepulchre; they flatter with their tongue.

Destroy thou them, O God; let them fall by their own counsels; cast them out in the multitude of their transgressions; for they have rebelled against thee.

But let all those that put their trust in thee rejoice: let them ever shout for joy, because thou defendest them: let them also that love thy name be joyful in thee.

For thou, Lord, wilt bless the righteous; with favour wilt thou compass him as with a shield.

In Loving Memory of Irene Adrian

My beloved sister, Irene Adrian, passed away on October 2, 2021.

For her entire life, Irene was a victim of CIA, including their nefarious MK Ultra program. I have documented but a fraction of the atrocities visited upon her, some of which are described in the reports I have written, based on her testimony, my own eye witness testimony, and my investigations over decades, and made public since 1995.

During her life, I was given permission to expose only a limited amount of information, as the perpetrators retaliated against her, against members of our family (some of whom at the time were still inside CIA), against friends, especially anyone who made efforts to help. Some of those courageous individuals, including Christian ministers and former CIA, paid with their lives.

I know the names of many of the perpetrators, including the worst of them, and some have been exposed in my reports. Among these evildoers have been medical doctors, psychologists, Nazi war criminals, CIA agents, and other government goons in collusion with their minions and hirelings. Some have been false "Christians", attempting to exploit my sister's case for an ungodly agenda.

Every name that I know of has been listed in my HALL OF SHAME, though not all have been named in my reports as perpetrators of crimes against my sister. I have honored her request and also exercised discretion, to protect my sister and other innocent people who could have been further harmed by these disclosures.

However, much of the documentation I have collected will be exposed, now that these reprobates can't do any further harm to my sister. She has gone home to be with the Lord and is far beyond their reach now, the one comfort left to me, though I am heartbroken beyond what I can possibly express.

I have been engaged in a heated battle with these satanic criminals for my entire life (supernatural warfare and trench warfare), a battle which will only end when God sends the chariot to take me home. As Dietrich Bonhoeffer said, “the individual is responsible before God”. And as far as I am concerned, not one of these unscrupulous individuals who had any part in doing harm to my sister will be able to hide their evil deeds, not while I live.

I will continue to pursue justice, as I have always done. I know this is what God expects of me, as His servant, and I know that even if justice is not served in this life, God's justice will always prevail, in His time and according to His will. God loves justice and hates evil, as do His servants.

Irene was a devout Christian. She was a musician, a music teacher and a member of several gospel music bands, including Grace and Vessels of Christ.

She also worked in care homes for the disabled, including children.

Irene loved animals and spent much of her time finding homes for shelter animals, and rescued quite a number of animals herself. 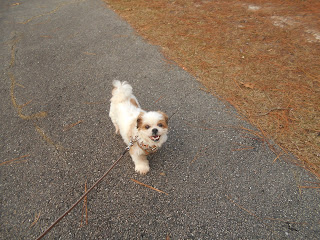 Due to dire poverty and lack of transportation (as well as interference and constant persecution from CIA, their accomplices and cronies) I have been unable to visit my sister in years, and had not seen her since 2007.

For the last four months of her life, I spoke to my sister every night on the phone. I read the Bible to her and we prayed the Psalms. I also read her some of my favorite books, including Healing the Sick, by T.L. Osborn, and The Person and Work of the Holy Spirit, by R.A. Torrey, books which were falling apart and held together by tape, as I'd read them so many times over a period of the past forty-five years.

For those Brothers and Sisters in Christ whom I asked to pray for Irene, thank you from the bottom of my heart. Some did not know her, except in the Spirit, and some were friends. She appreciated it greatly, told me how much it helped, how much comfort it gave her. She knew your names and asked me to tell you that her prayer for each of you was that God would give you the good desires of your heart.

Lord God Almighty, I pray, keep the soul of Your servant, Irene Adrian, in perfect peace and in the glorious Company of Your Son, Jesus Christ, Your Saints and Angels. Amen. 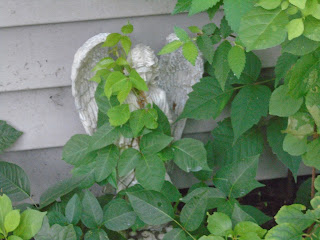 NOTE: For those who did not know of Irene's passing, I apologize for not letting you know. The past few months have been extremely stressful and traumatic for me.

Please do not send e-mail, as it is not reliable and I may not be able to respond. Those who wish to send a card or note by post, it will be greatly appreciated, in memory of my dear sister.

Also, for anyone who knows me, or those who care about respecting my wishes, please do not post this memorial on social media. Heaven forbid! I don't want the busybodies, the scavengers, the gossips, speculating and exploiting my sister's name. Too much of that has already caused distress for me and my family. I know that I can't stop the vultures who feed on sensationalism and are gratified by the misfortunes of others, none of whom are worthy to even speak my sister's name; but decent people, I'm sure, will respect my and my family's privacy.

I will be arranging for a private memorial service for Irene before the end of the year.

Here are some of my reports, for those interested. Some have only a section on my sister's case, so you may not want to spend the time. As always, reports are for information purposes only and readers may make of them what they will.

Dates of reports are given at the bottom of each, with my byline. Dates of publication on this site do not reflect original date of writing or publication.

As time and resources permit, I will publish additional related reports.

FORMAL WARNING & DIRECTIVE TO CRIMINAL PERPS: CEASE & DESIST ALL ASSAULTS ON MY SISTER

Letter to the Editor: Paranoid Schizophrenia

The Busybody: A Tale of "Christian" Warriors and their Valiant Battle Against CIA Satanists

FOR THE LOVE OF ANIMALS (2): RESCUE STORIES