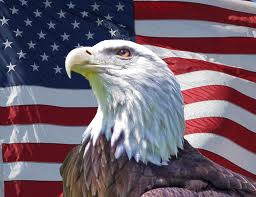 June, 2005
Remembering What Is Real
A Real Patriot loves his country and the principles on which it was founded, despite the corruption of its government.
A Real Patriot knows beyond a shadow of doubt that his/her rights and liberties are bestowed by God (whatever religion or lack thereof.)
A Real Patriot recognizes Individual Rights as the Soul of Freedom.
A Real Patriot respects the individual rights, personal boundaries and spiritual integrity of others. He thus recognizes the Inviolability of Personhood.
A Real Patriot despises Socialism, Communism, Fascism, Democracy, Utopianism or any form of collectivism as a basis for government.
A Real Patriot seeks Liberty and Justice for All and pursues the goal singlemindedly, whatever it takes, no matter the personal circumstances or hardship; no matter the consequences to himself.
A Real Patriot will not compromise his principles for any reason, including political or personal expediency.
A Real Patriot spends his time fighting tyranny, wherever he finds it, in whatever ways he is capable.
A Real Patriot exposes government corruption, wherever he finds it, from the lowest to the highest level.
A Real Patriot seeks the truth and gathers facts before disseminating information to others.
A Real Patriot supports others (in whatever ways possible) who have proven by their actions that they are standing up for their country.
A Real Patriot does not waste time in petty sniping matches and arguing over minutiae, especially of a subjective/personal nature.
A Real Patriot does not plant the seeds of suspicion, sow discord or engage in bashing and trashing other sincere patriots, especially with gratuitous and unsubstantiated name-calling.
A Real Patriot should have no trouble agreeing to disagree with others on secondary issues, as long as there is agreement and solidarity on the main issue: Defending Liberty and the God-given unalienable rights protected and guaranteed under the United States Constitution.
A Real Patriot backs up his words by taking action and encourages others to do so.
A Real Patriot sets an example which will inspire others to stand up for their rights and their country, rather than seeking followers.
A Real Patriot loves liberty so much that he is willing to fight to the death, if necessary, and truly knows in his heart that death is far preferable to slavery.
A Real Patriot knows that when the government has become rotten to the core, it is time for a Revolution.
There can be no Revolution, whatever form that takes, without Real Patriots uniting to defend their God-given, unalienable, Constitutionally protected and guaranteed rights.
Barbara Hartwell
Believer in the Gospel of Jesus Christ
Defender of the United States Constitution
Enemy of the New World Order Police State
June 10, 2005
Posted by Curriculum Vitae at Thursday, January 04, 2007