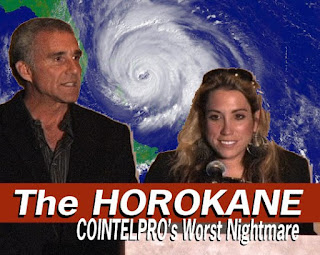 The wicked walk on every side, when the vilest men are exalted.

Have no fellowship with the unfruitful works of darkness, but rather reprove them.

Fight to the death for Truth, and the Lord God will fight for you.

Ye that love the Lord, hate evil: he preserveth the souls of his saints; he delivereth them out of the hand of the wicked.

On January 16, 2021 I published this tribute to my dear friend and Sister in Christ, Sherri Kane.

I focused mostly on the personal aspects of my friendship with Sherri, how she stood up for me, defended me and supported me personally, especially at times when I felt most alone, and was besieged on every side by evildoers, the enemies whose intent was to discredit my work, silence me by any means they could find, and ultimately to neutralize me by their classic CIA Psy Ops/counterintelligence formula of Isolation, Alienation, Deprivation.

But I cannot in good conscience let that be the full extent of my tribute to Sherri. She deserves to be recognized and honored for so much more. This report focuses on the neutralization campaigns by the many evildoers, the criminal psychopaths who plotted against the patriots, activists, journalists and whistleblowers dedicated to defending Liberty, exposing the truth about rampant government corruption, and willing to fight to the death to see justice served.

Upon reading my tribute to Sherri, Len Horowitz sent me this letter, which I am humbled and honored to receive. And because he published it in his newsletter, along with my tribute, I now feel free to share it with my readers.

Your “Tribute to Sherri ” has me sobbing, Your reflection has inspired streams of tears falling from the windows of my soul.

The love and respect Sherri had for you was transcendent.

Sherri could not get over, neglect, nor permit our enemies to damage us anymore.

So she brilliantly researched, wrote, and asserted herself in our defense on radio, videos, films, at conferences, and to every ear that would listen.

She advocated for us as kindred spirits fearlessly, selflessly, powerfully, and very often most effectively.

One-by-one Sherri blew our nemeses away. She did that for you, for me, for God and country. Never for herself.

One by one, working with you, Michael Vara, and others, Sherri’s pen, and video personality, exposed, neutralized, and often celebrated the demise of the criminal psychopaths we knew were women rapers and child killers.

You and Sherri, with your combined love for Jesus, out-shined the Justice Department, the courts, and all law enforcers across America better than any private citizen has ever done.

The bravery and heroism that the two of you consistently demonstrated is beyond measure and description.

I pray that one day, in the Messianic Age of Peace soon to come, you and Sherri will be honored to the fullest and finest extend you both deserve.

Much love and thanks, eternally.

Also published was this letter to Len from our mutual friend, Michael Vara, host/producer of the radio program, Late Night in the Midlands, on which Len, Sherri and I had frequently been guests.

I can tell you this, Sherri and I never met in person, yet she was like a sister to me.

Sherri loved you so much, Len and Barbara. She always spoke highly of you.

Barbara, that was a wonderful tribute to Sherri.

Sherri & Len have become such wonderful friends and incredible allies over the years. And if not for Sherri, I may not even be on the air today.

Sherri came to my defense so many times when it was so crucial. I remember in 2014 when I had my heart attack, and was laid up in the hospital when COINTELPRO took down my life’s work, Sherri came to my and my wife’s rescue. My website, my radio show archives, my very way to feed my family, Sherri not only got my website back up, she hired people to do it, and literally saved my life.

I can not tell you what she meant to the truth movement and how badly she will be missed.

Heaven needed this warrior for the spiritual battle that is in front of us. I promise you Sherri is still fighting for all of us on the other side, because that is the friend, guest, ally and spiritual warrior I came to know over the last 13 years.

God bless her soul, and God bless you Len, my friend, and all who read this.

In this report, I will provide links to the previous reports (going back to 2010) I consider the most significant in exposing the evildoers who slandered, harassed, threatened and menaced us all, not only in massive defamation campaigns, but in egregious (and often criminal) actions designed to destroy every area of our lives.

But first, I must address the most important issue which I left unspoken in my tribute to Sherri Kane. Having been privy to many of the details (as well as the overview) of the long, brutal ordeal of persecution endured by Len Horowitz and Sherri Kane, I have to state for the record, in my capacity as an intelligence analyst and counterintelligence expert, that I believe Sherri was murdered. I don't have the evidence, I was not present, and in any case, it is not my story to tell. But the story has been told, in part by the documentation of Sherri herself, and at the end, by Len Horowitz, who witnessed it all firsthand.

Here are links to the most important public reports:

In 2019, Len, Sherri and I were guests on a radio broadcast, Late Night in the Midlands. This particular program was not hosted by Michael Vara, as at the time he was recovering from surgery, but was hosted by a friend of the program.

I present here a description of the subject matter, as it sums up the issues we regularly covered, in print and on radio programs over a period of 10 years. This was the last broadcast I did with Len and Sherri.

You may listen to the program by accessing the link inside this report:

Here, the links to some of the reports on this site, which expose in detail, the criminal perpetrators, the evildoers, the demonic liars, and the hordes of government operatives and their minions, stooges and toadies, who mounted the assaults against us, as well as against our friends, families and colleagues.

If there is an overarching theme to the mindset and character of these reprobates, it is HATE. Many were misogynists who hated women, and who called us vile names, simply by virtue of our gender. They were Jew-haters, who promoted outrageous propaganda and who actually held up as icons unadulterated incarnations of evil such as Adolf Hitler. All the while claiming to be Christians, “Bible-believers” and righteous expositors of truth.

Aside from that, most of these characters, connected in a loose-knit network, were mere pawns, run by the dark overlords who orchestrated the operations. They were seeking public attention, fame and fortune, at the expense of legitimate whistleblowers, journalists and activists, and sincere patriots.

Some were career criminals, who made a deal with corrupt feds for a get-out-of-jail-free card, in exchange for harassing, stalking, slandering and threatening the Targets whose lives they were hell-bent on destroying.

Some were involved in the anti-Christ, heavy-metal, devil-worship culture of pornographic filth, death, and destruction.

Some were involved in Satanism.

Some were porno-mongers, pedophiles and pedophile protectors.

Many were rank amateurs, who in their naked ambition, their ignorance and arrogance, mistakenly thought they could latch on to the genuine whistleblowers and make a name for themselves, by exploiting our names, by poaching our work, and attempting to take undeserved credit for what we had earned by blood, sweat and tears.

All were extremely aggressive, with a total lack of respect for the privacy, personal boundaries and fundamental rights of those they targeted for their reprehensible campaigns to discredit the truth and destroy reputations.

Reflecting on all this, it sometimes seems hard to believe, even to those of us who actually lived through the years of brutal persecution, many of whom (including Len, Sherri and me) lost our homes, most of our property, and were driven to bankruptcy or destitution. Sherri Kane paid the ultimate price. She lost her life, fighting the evil.

And so I ask that my readers thoughtfully and prayerfully consider the documentation in the following reports, which expose the counterintelligence operations which destroy lives, and which have been responsible in large measure for the destruction of our Constitutional Republic, and the principles and values for which our Founders fought and died.

My prayer, as always, is for God's swift and terrible Justice to be visited upon them all.

I've no doubt that Justice will be served, in God's time, in His way. It is up to us to work for it, pray for it and to engage in Supernatural warfare, using all the Gifts of the Spirit He bestowed on us, as His children. 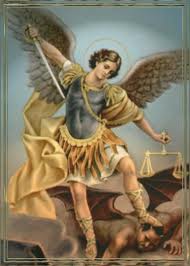 NOTE: Some of the links contained in these reports no longer work, and some of the websites referred to are defunct. I have not found the time to clean up these reports and apologize to the readers for any errors.

These reports are listed in no particular order. Please see titles which describe the content. Also, you may conduct a search for other reports featuring the work of Sherri Kane, which are not included here.

Poisoned by Pornography: A Plague of Perverts, Predators, Pedophiles and Pimps

Bigotry, Racism, Misogyny: By Their Evil Fruits Shall You Know Them

EDOMANIA: Disease of Choice for Psychopaths

WAR AMONG THE GOVERNMENT STOOGES: Weathervanes Spinning Out of Control

Ken Adachi aka Peter Boudreau: For Whom Truth = Libel and Slander 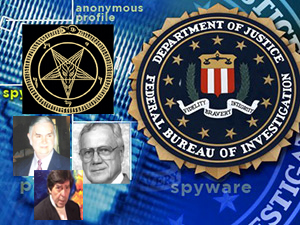