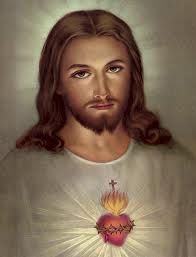 Jesus said: "Love the Lord your God with all your heart and with all your soul and with all your mind."
Matthew 22:37
Neither height nor depth, nor anything else in all creation, will be able to separate us from the love of God that is in Christ Jesus our Lord.
Romans 8:39
May the grace of the Lord Jesus Christ, and the love of God, and the fellowship of the Holy Spirit be with you all.
Corinthians 13:14
And this is his command: to believe in the name of his Son, Jesus Christ, and to love one another as he commanded us.
John 3:23
NOTE: Dr. Leonard Horowitz has written a wonderful essay entitled The Remedy. I have decided to repost it here (below), because it resonates so closely with my own feelings and beliefs, based on what the Holy Spirit has revealed to me. Truly, LOVE is the key to God's Kingdom of Heaven within you, and the most vital tenet of the Gospel of Jesus Christ.
But before we hear from Len Horowitz, here is an excerpt from one of my reports, COINTELPRO REVISITED: Targeted by a Legion of Liars (2006). I think you will find that the two articles (though written independently by two different authors) both reinforce the message of LOVE which is indeed the "remedy" for the hate-filled propaganda and bigotry of COINTELPRO which assaults us all.
May the Love, the Grace and the Peace of Christ be with you.
Barbara Hartwell Percival
August 12, 2011
COINTELPRO REVISITED: Part 1
http://barbarahartwellvscia.blogspot.com/2008/09/cointelpro-revisited-part-one.html
COINTELPRO REVISITED: Part 2
http://barbarahartwellvscia.blogspot.com/2008/10/targeted-for-neutralization-cointelpro.html
DESTROYING LOVE
All real love is unconditional, it is spiritual and comes from God, which is why it is said that Love conquers all. Or that God is Love. To me, the ultimate expression of such unconditional love is shown by Jesus Christ, the Word of God made flesh. Although few of us can ever hope to approach the standard set by Christ, I believe His teaching to "love one another" is something to always aspire to. Only those who know God are capable of practicing such unconditional love.

Unconditional love does not mean unlimited tolerance for disrespectful, abusive or otherwise unacceptable behavior; it does not mean being a doormat. It does not mean just standing by and allowing people to do evil as they will, if they have malice in their hearts; if they are bearing false witness; if they are violating the spiritual integrity of others in any way.

Neither is unconditional love quid pro quo. Rather, it means abiding by uncompromising ethical standards, moral absolutes, in your treatment of others, caring about the spiritual and material welfare of others without setting conditions, or trying to manipulate them for your personal gratification or agenda.

Unconditional love cannot be contrived; it cannot be negotiated; it can only be felt in the heart. Such love leads one into abiding by God's commandments --respecting the loved ones' right to free will and freedom; respecting their personal boundaries, the inviolability of personhood-- and doing unto others as you would have them do unto you.

You may be wondering: What does any of this stuff about "love" have to do with neutralizing a target?

It is vital to understand that this is at the heart of what the perpetrators attempt to destroy: all genuine love between people, all connection to God. Destroying love, destroying the loyalty of one person for another which comes from love, creates a fertile breeding ground for the evil that manifests in their manipulation, exploitation and control. Where there is real love, there is no manipulation, there is no attempt at control, exploitation or domination, there are no power struggles, there is never slavery.

Here is the open secret which sadly, it seems few have been made privy to: Where there is true, spiritual love, evil cannot flourish.

I must say, Machiavelli had nothing on this cabal of diabolical manipulators. Their methodology seems almost fool-proof. Their goal is to isolate a target to such an extent that s/he is deprived of all companionship, friendship, any and all relationships which could provide aid, comfort --and especially-- love.

It is a known fact that an infant (not just human, but of many other species) deprived of love may die, even if other basic necessities such as food and shelter are provided. But so may an adult, eventually, if one finally succumbs to the despair of living in a world devoid of any real and sustaining love.
I have known people so targeted who have perished in just such a way --they died not of some physical assault, not of some fatal disease, but of a broken heart. If you are one of their targets, their goal is to break your heart into a million pieces. For this reason, I have often called these government-sponsored perps "the heartbreakers".
****************************
The Remedy
The following essay was written by Dr. Horowitz to help remedy the hateful anti-Jewish attacks he received from True Ott and his Company of  COINTELPRO agents.
http://web.mac.com/len15/TrueOtt.com/Remedy.html
ESSAY ON JEWS UNDER ATTACK BY DEMONIC “CAUKILLIANS”
BEWARE!  Think rationally about preparations being made for pending religious wars and genocides.
"WHAT IS HAPPENING, AND WHAT CAN YOU DO ABOUT IT?"
Jesus said, "Beware of those calling themselves Jews, who are not." At that time there were no other single God religions. Jesus was Jewish, and came for "The Chosen People." Chosen for what? To war eternally due to God's curse against King David--Jesus's ancestor in the kingly tribe of the Jews--Judah?
The New Deal for rebirth--to be "Born Again"--began with Jesus, offering FORGIVDNESS through LOVE from the heart. This was, and is, "The Way," and only one Western World religious foundation.
Is this Zionism or New World Orderism? No. It is simply the truth that God's enemies evade, hide, and discredit.
THIS MATTER CUTS TO THE CORE OF ALL RELIGIOUS BELIEFS.
"The Chosen" are all children of God. They have received a special Spirit, called the Holy Spirit. It heals, sustains, and protects, and directs "those who have ears" to hear The Spirit of God/Jesus speaking within.  The Chosen were honored to receive this gift of grace, and the "real Chosen" honor their blessed spiritual inheritance to serve and LOVE God.
The Hebrew mantra is, "Holy, Holy, Holy is the Lord of Hosts, the whole world (universe) is filled with His Glory." This literally means the One God is the Chief Minister of Accommodations, providing Spiritual shelter to protect and sustain believers, even in a physical world at war.
The Holy Spirit in Hebrew, is called the Rauch Ha Kodesh--the breath of God. It is filled with the healing Spirit of protection, and resonates with LOVE at 528Hz frequency, adorning the botanical world's greenish-yellow color, 528nm, infusing chlorophyll and oxygen with vibrating electrons from the Sun's photons and phonons, energizing and restructuring DNA to protect and sustain life on earth. It administers the Law of the Universe with mathematical musical precision.
Many people do not hear or hold this accommodating message, music, or Spirit within. Today, Jesus would say about them, "Beware of those who claim to LOVE God (and me His Son), but don't."
For the sake of this discussion, let us call these people, "DEMONIC CAUKILLIANS."
DEMONIC CAUKILLIANS is a phrase inspired by journalist Sherri Kane after analyzing the writings and rantings of "Dr." True Ott, his gang of attackers, their religious convictions, and political affiliations, including CIA/FBI/NSA/Temple of Set/Church of Satan operatives.
DEMONIC CAUKILLIANS belong to the "synagogue of Satan," according to the Bible. This is referenced as a synagogue, not a church or mosque, in Revelation 3:9 because, again, there is fundamentally only Judaism's monotheism operating in Western CULTures.
Modern civilization, with its high-tech sex, drugs, and music, is a CULT(ure) like any group whose members believe and behave similarly. Today's world is run by cartel chiefs whose behaviors and alliances certify demonic Temple of Set/Church of Satan/neo-Nazi death cult membership. Members conduct satanic rituals with women and children, because they experienced similar abuse and torture during childhood. They protect pedophiles, traffic sex slaves, and kill liberally and repeatedly for the same reasons serial killers murder--their neurology is switched (according to Burgess, Douglas & Ressler's FBI articles on "Sadistic Sexual Murder" and their "Motivational Model for Sexual Homicide.") These beings gain pleasure torturing sweet, innocent, loving people, and are pained by matters that bring "normal" people joy, such as Peace on Earth and ethnic harmony. These are the CAUKILLIANS--members of the Illuminati's synagogue of Satan.
With this background now, consider politically-charged matters, such as Zionism or Anti-Zionism. CAUKILLIANS blame Jews for the New World Order, and everything wrong with our planet. Similarly, the CAUKILLIANS lambasted Jesus as a trouble-maker. The "King of the Jews" was widely discredited by his attackers who ruled with weapons, their grassroots "media," and torture--hypnotic traumatic persuasion. They libeled and changed Jesus' awesome name, YaHShuaH (that literally means "God Saves") and discredited his acts. These ploys got the Jews to resent Jesus.
This is precisely how COINTELPRO operates today, claiming Jews run the world, but are really not Jews, just reptilian aliens, or "non-Hebrew Khazars," as Ott et. al., claim.
Jesus prescribed LOVE, forgiveness, and repentance for this demonic imposition on our lives and world. Certainly, King David's karma--condemning Jews who LOVE God to be eternally at war--was served by the coming of his great great grandson--Jesus/YaHShuaH; conceived from David's sin with Bethsheba, YaHSuaH, of the Tribe of Judah, is the only Way to peace, and only remedy for hateful divisive insanity.
The CAUKILLIANS, and their wealthy powerful cartels, have zero power to undermine these accommodations, no matter what valley or killing field you enter, by choice or Spiritual force.
Leonard G. Horowitz, DMD, MA, MPH, DNM (hon.), DMM (hon.)