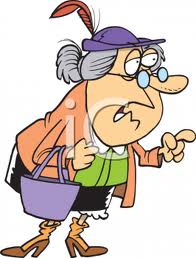 BUSYBODY JAMES F. MARINO IN DRAG
James F. Marino: government stooge, aggressive busybody, gate-crasher,  name-dropper, whackjob.  Since 2007, Marino has been on a libelous rampage against Barbara Hartwell. Like his fellow stooges, he claims he is "exposing" Barbara Hartwell as a "CIA disinfo agent".
Another of Marino's Targets is former FBI agent Geral Sosbee, another legitimate government whistleblower. We are outraged that this malicious and cowardly little man continues to obsessively pursue his agenda of attempting to discredit us, while at the same time parroting the lies of his fellow stooges.
What's worse, Marino is parroting (and even plagiarizing) our LEGITIMATE reports (while putting his own spin on the information we expose, and adding his wild speculation) for the purpose of gaining public recognition for himself and his so-called "case".
Here, just a small sample of  James F. Marino's outrageous libel , recently posted on Alex (Stooger) Studer's website, Lab Virus.
"CIA Disinfo Agent Barbara [false name removed] Hartwell Also Exposed As A Lying FBI Snitch Who Aids & Abets The FBI COINTELPRO Against This Author
The Truth About This Lying Con Artist Who Conveniently Leaves Out Any Information Which Proves That She Has Lied About Her Background While Conning The Public Out Of Money -Barbara Hartwell Is Incarnated Evil"
Recently, investigative journalist Sherri Kane, whose excellent reports have exposed the COINTELPRO operation which has targeted Barbara  Hartwell, Geral Sosbee, Dr. Leonard Horowitz, Kane herself, and many other legitimate journalists and whistleblowers, discovered that there was yet another government stooge, busybody and provocateur, James F. Marino, stirring up trouble with his false reports.
Sherri also noticed that Marino had been dropping Dr. Leonard Horowitz's name into his articles, adding his own usual ignorant commentary about a variety of unrelated subjects.
Outraged (as are the rest of us who've been targeted by this brigade of busybody stooges), Sherri Kane wrote this letter to James F. Marino, with permission to publish.
LETTER FROM SHERRI KANE TO JAMES F. MARINO
James F. Marino,

I will make it my business for the next several months to expose you and who you work for, if you continue to harass my friend Barbara Hartwell.
Also I would advise you tell the subordinate of Alma C. 'True" Ott, your NSA/CIA/FBI mate, Alex "Stooger" Studer to refrain from insults against Ms. Hartwell as well.
If your libel continues your name will be added to the list for our Class Action Lawsuit against your COINTELPRO pedophile buddies.
You ignorantly (and/or for the purpose of controlled opposition), keep dropping my partner Dr. Leonard Horowitz's name as if you believe in his work, but then you hypocritically insult a woman who both Dr. Horowitz and I believe to be an American hero.
Barbara Hartwell has exposed you and every single one of your "bible believer" satanic buddies, and you hate nothing more than to be exposed by a woman who has more class, intelligence, and guts in her pinky than you can ever dream of having. Grow one and get a life!  You are fooling no one.