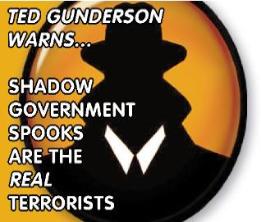 Sosbee writes for the record on April 30, 2005:
gun indicates on his website that he was chief inspector for the fbi in 1973; in such capacity, gun had the responsibility to investigate Sosbee's reports of fbi crimes during that year. Not only did he fail to perform his duties as chief inspector, he continued thereafter to serve in high level positions in the fbi at a time when Sosbee was being harassed for reporting the criminal conduct of numerous fbi agents as set forth in www.sosbeevfbi.com

In early 1971, the FBI's domestic counterintelligence program (code named "COINTELPRO") was brought to light when a "Citizens Committee to Investigate the FBI" removed secret files from an FBI office in Media, PA and released them to the press. Agents began to resign from the Bureau and blow the whistle on covert operations. That same year, publication of the Pentagon Papers, the Pentagon's top-secret history of the Vietnam War, exposed years of systematic official lies about the war.
More Comments from Ex-FBI Agent Geral Sosbee on Ted Gunderson
Barbara- gunderson is like a fire ant- he stings good but then he has nothing left to support his tiny vision.
His statement [Gunderson's accusation re Barbara Hartwell, in his open letter, 2005]:
"There are no alumni in the CIA. Once a CIA agent, always a CIA agent. If you attempt to get out or expose them, you either go to jail or you die"
...is the rule, but you are proof that he is wrong; the same applies to me and the assassins of the fbi who are trying to kill me in the only cowardly manner they know. My question for gun is why he does nothing to expose the crimes against Humanity that are currently on going; and further, with his vast experience as a fbi chief, why he has not confessed to the world of his many crimes against the American people.
GERAL SOSBEE REFUTES MALICIOUS LIES FROM KEN ADACHI
Source:
http://barbarahartwellvscia.blogspot.com/2008/09/ex-fbi-agent-refutes-malicious-libel.html
Succinctly, Ken Adachi is a malicious liar and a petty fraudster for writing the following statements about Geral Sosbee (regarding Gunderson, I have reason to believe that all statements written about him by my greatest friend, Barbara Hartwell, are true):

[I. Counter Intelligence Operation
Organize a select group of trusted, loyal Americans to operate an effective legal counter-intelligence operation. The goal of a counter-intelligence operation is to educate and, in some instances, to disrupt the enemy by mailing anonymous letters to selected individuals and groups in order to create distrust and paranoia. Another goal is to furnish disinformation and create confusion. I was a counter-intelligence expert in the FBI and I am aware of numerous techniques with which to work towards this goal. I wish to emphasize we will not conduct any criminal or illegal activity, nor violate any laws. All activities would be legal. There are other techniques than can be used, in addition to anonymous letters, i.e., telephone calls from public telephones. Disinformation can also be spread on radio and television talk shows.]

And by the way, there is nothing "legal" about fraud, criminal stalking, identity theft, extortion, criminal harassment, death threats, murder-for hire schemes, inciting violence and terrorism.....this operation is a criminal conspiracy par excellence, rife with most every crime imaginable. Racketeering at its finest.
As for the privacy invasions and the libel/slander campaigns against targets, I guess you might stretch it to say these are "legal". After all, these are civil matters.

And since most of the law enforcement to whom we have reported these crimes refuse to do anything to protect the targets of criminal harassment/stalking and threats of violence and death (which are crimes) --or more to the point, to enforce the law-- who is going to care that the reputations of decent, legitimate Messengers of Truth and Defenders of Liberty are being destroyed, along with every other area of our lives? Nobody. After all, that is what "neutralization" is all about.
TED GUNDERSON DISCREDITS HIMSELF
If anything succeeds in discrediting Ted (The Gun) Gunderson, it is his own website!
http://www.tedgunderson.net/
The visitor is immediately assaulted with blaring music, as well as flashing strobes and lightning bolts. (Check it out and see for yourself.)
Here, some of the notices from The Gun:
Unlike Ted Gunderson, his false accusers have no credentials and no credibility!
NOW...  Here's what you can do to help combat rampant graft, crime and corruption in government?
CONTACT
The United States Department of Justice and your congressional representatives by phone, mail and/or email and fervently express your complete disgust with how the so-called "justice" department is knowingly allowing this obvious felony crime to continue.
http://www.usdoj.gov
The following individuals are accused by Ted Gunderson of perpetrating disinformation and lies about him. Ted has obtained information from a reliable source which indicates a few detractors to be SPOOK-hirelings.
2. Barbara Hartwell
As she admits in this video [not included] Ted Gunderson was a "friend" who helped her---not for money---but she later turned against Ted.  She is a FAKE "CIA-mind control" victim while Brice Taylor is the real thing.  Watch the above video and you will see she is very intelligent...but a liar and a fraud.  Ted trusted her, believed her "story" and tried to help her...only to ultimately be  betrayed by her .
www.barbarahartwellvscia.blogspot.com
In Ted Gunderson's Defense by Educate-Yourself.orghttp://tinyurl.com/y9y75z8
3. Geral W. Sosbee
A Barbara Hartwell cronie who purports she is "one of the true and great defenders of liberty." Click on his name to see his lies about Ted.
Outrageous LIES about Ted saturate the net! For example one big lie about Ted states he was married to the widow of Satanic Church founder Anton LeVay. It turns out she claims it was a...get this..."spiritual marriage." Huh?!?.
****************************