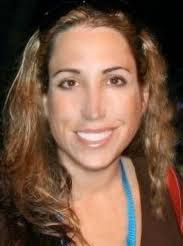 "Unable are the loved to die. For love is immortality."

I am terribly saddened to learn that my dear friend, Sherri Kane, has passed away, on January 7, 2021.

Sherri was the bravest woman I ever knew. As a journalist, she was a prominent voice for Justice against evildoers, especially the bad guys who promoted pornography, raped women and children, and abused animals. She was an advocate for many who could not speak for themselves, as well as a strong supporter of those persons who shared her principles, including me.

I first came into contact with Sherri Kane in 2010. Sherri had been reading my reports on the criminal cabal of COINTELPRO, run by former FBI Chief Ted Gunderson, who was Hoover's right hand man in FBI counterintelligence operations, and my professional colleague from 1997-2000.

Sherri wanted to contact me because her partner, Dr. Leonard Horowitz, as she had discovered, had been targeted by the same group of COINTELPRO operatives and their minions, who had targeted me since 2000, at which time I broke off my association with Gunderson, after I discovered his criminal activities, while still in FBI service, and afterward, as he continued to target former intelligence professionals, military personnel, government whistleblowers and journalists who were exposing the truth about government corruption.

Len Horowitz had known Gunderson for many years, as I had, and was shocked when he learned that he too, had become a Target of COINTELPRO, run by a person he had considered a friend. It was Sherri who first made Len aware of this campaign against him.

I had first met Len Horowitz in 1997, at a conference where we were both speakers. We had not kept in touch, and I did not have contact with him again until 2010, when Sherri contacted me. From that time, Len and Sherri became my trusted colleagues and cherished friends.

Working together, we exposed the counterintelligence operations which had targeted us all, which had destroyed our families, and driven some of us to destitution and even homelessness.

It was Sherri to whom I first gave my evidence, a letter from Ted Gunderson to me, in 1998, which documented his marriage to Diana Rively, ex-wife of Anton LaVey, founder of the Church of Satan. Sherri was the first to publish it, with my permission.

It was Sherri who always came openly to my defense when I was under attack by government goons, and who was the only person to support me and stand up for me when a mob of malicious busybodies conducted a witch hunt against me on Facebook, promoting outrageous lies.

It was Sherri who was the only person who actually helped me when I was driven to total destitution and homelessness in 2013, and wired me money when I ended up stranded in a dungeon, with my elderly cat, Kyra, in a brutally cold winter, in the home of people whom, I learned after the fact, were devil worshipers, with no place to go after being thrown into the street.

And that is only a very short version of the many acts of kindness and heroism by my friend, Sherri Kane...

(Please see the reports on this site which feature the work of Sherri Kane and Len Horowitz, in which the criminals who targeted us all are exposed.)

The first, and last, time I saw Sherri was in 2018, when she and Len came to visit me in Rhinebeck, NY. I had never met her in person until that time, though we had spent many hours on the phone, done many radio interviews together, and worked together for years. I hadn't seen Len in 20 years.

Sherri made instant friends with my cat, Angel, who is not disposed to trust strangers. She made an exception for Sherri, as animals will do when they know who loves them. Sherri later told me on the phone that she was looking forward to getting to know Angel better, but sadly, as I write this through tears, it is not to be.

On that evening in August, Len and Sherri took me out to dinner, and brought me a gift, a beautiful white round stone from Greece, which I placed in my rock garden, where it remains today, a reminder of the love of my dear friends.

Sherri Kane was the best and brightest among us. She was beautiful, inside and out. She was a dedicated activist, crusading journalist, patriot and true hero, a warrior for Justice, who gave the bad guys hell, but was motivated by a great-hearted love for the people and animals she worked tirelessly to help. I will miss her more than I can say.

Fly with the Angels, Sherri, until we meet again. 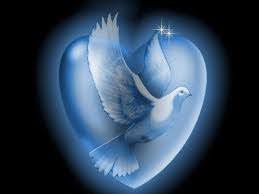