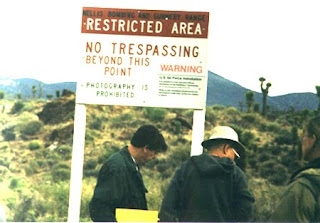 Draco up ^^here.....and lizzy Above Draco looking at Ted and Anthony to Ted's right shoulder. Below the large teeth and eyes of the Crocodile Draco at Ted's shoulder. Wonder if he wants to EAT HIM?
(Caption for photo above, written by Barbara Crouse Brown)
It never ends...today I found this libelous trash, written by one Clarence Malcolm, using the hokey screen names "AntiEvilRanger" and "JusticeRanger".
Who in hell does Clarence Malcolm think he is? Where does he get off calling Barbara Hartwell a "lowlife"?  What is his source for claiming that I am being "well funded for producing preposterous lies about Ted"?
A few years ago (2006) around the same time these lies were posted, a friend called me to tell me that he had heard Clarence Malcolm and Ted Gunderson on a radio show (hosted by D'Anne Burley), slandering Barbara Hartwell.
I was called a "CIA disinfo agent" and of course, the old reliable, a "government spook". How ironic that Ted and his sidekick, Clarence Malcolm, would slap the very labels on me, which so accurately and truthfully describe Government Spook Extraordinaire, Ted L. Gunderson.
And as you'll soon see, the "preposterous lies" are the province, not of Barbara Hartwell, but of Ted Gunderson and his shills.
As for the "God-fearing Christian", Ted L. Gunderson, let's take a look at some of his "Christian" activities. Such as, soliciting Porn King Larry Flynt for his COINTELPRO operation. If  Mr. Malcolm wants to talk about a "lowlife", perhaps he should check his facts and redirect his comments to Larry Flynt.
Here, find Clarence Malcolm's comments on a forum called 'Let's Roll'.
CLARENCE MALCOLM 'S OUTRAGEOUS LIES ABOUT BARBARA HARTWELL
[Go to www.tedgunderson.com, check out the products listing and Ted's report that exposes the truth of why Stu Webb has targeted him for defamation. I have worked with Ted Gunderson as a Private Criminal Investigator for two years and known him for many years prior and he is one of the most honorable men I've ever had the privilege of working with. Ted is right---Stu Webb is being paid by the FBI to defame him. Stu Webb has always been, is now and probably will continue to be a FRAUD and a LIAR. Ted is a God-fearing Christian who has truthfully and courageously exposed public crime and corruption at all levels of governement since his retirement from the FBI as a Division Chief in 1979 and for this he has been specifically targeted by the FBI, CIA and other agencies via rogue elements therein---and Stu Webb, Barbara Hartwell and other "low lifes" are apparently being well-funded for producing preposterous lies about Ted. Fraud appears in many forms: overt lies, fraud by omission (telling part truth mixed with fabricated and/or exaggerated facts---read "legal definition of fraud") and Stu Webb has resorted to "fraud" to smear Ted's good name and good works. Ted, like everyone else, is not perfect but I have never known him to have evil intent. His intent is continually righteous. Not so with Stu Webb and Barbara Hartwell who---suspiciously---are able to work FULL-TIME to slander and defame Ted. Stu Webb once lived with Ted and after he got kicked out for stealing property he vowed that he was going to "destroy" Ted as he walked out the front door for the last time. He has since continued to carry out this threat! The Universal Law of Retribution will inevitably recompense all those individuals who act with evil intent. Hence, I know Ted will continue to be blessed but reprobates like Stu Webb and Barbara Hartwell will surely reap the evil they have sown. God generally allows righteous men to live a very long life. Ted is 78 years old but has the appearance and energy of a 50 year old---in spite of the poison gas attack he survived last year in Las Vegas [which landed him in the intensive care unit]. How long will God permit a reprobate like Stu Webb to live? Like many violent and evil gang members, I believe he ---unlike Ted---will not even make it to retirement age. We shall see.

Organize a select group of trusted, loyal Americans to operate an effective legal counter-intelligence operation. The goal of a counter-intelligence operation is to educate and, in some instances, to disrupt the enemy by mailing anonymous letters to selected individuals and groups in order to create distrust and paranoia. Another goal is to furnish disinformation and create confusion. I was a counter-intelligence expert in the FBI and I am aware of numerous techniques with which to work towards this goal. I wish to emphasize we will not conduct any criminal or illegal activity, nor violate any laws. All activities would be legal. There are other techniques than can be used, in addition to anonymous letters, i.e., telephone calls from public telephones. Disinformation can also be spread on radio and television talk shows.]

There are others, too numerous to mention, but these names will certainly be recognizable to anyone with an interest in the controversy this issue has generated over the past decade.

So, Ted Gunderson, in his own words, suggests spreading disinformation! And as many of us who have become his targets know, he's done just that, and in spades.
I can't count the times that Ted has gone on the airwaves slandering Barbara Hartwell, stating that I am a "government spook" or "CIA disinfo agent."


[For the primary example, at least in print, see the New Age/government disinformation website of Gunderson's PR shill, Ken Adachi.]


Fact is, this operation has been running for a long time. Ted Gunderson, joined by his cronies and amateur recruits (government stooges Tim White, Pam Schuffert, Ken Adachi, Todd Fahey, Larry Lawson et al) have wreaked havoc on the lives of many COINTELPRO targets. And there is no end in sight.....


As far as I can see, this so-called "legal" counter-intelligence operation will continue until the lives of the targets are so far destroyed that there is no hope to repair the damages.


And by the way, there is nothing "legal" about fraud, criminal stalking, identity theft, extortion, criminal harassment, death threats, murder-for hire schemes, inciting violence and terrorism.....this operation is a criminal conspiracy par excellence, rife with most every crime imaginable. Racketeering at its finest. [end excerpt]
THE JUSTICE RANGER DEFENDS TED'S CREDIBILITY AGAINST LIZARD ALIENS & GOVERNMENT SPOOKS
Moving right along, Clarence Malcom, the "Justice Ranger", now makes it his mission to deny that Ted believes in aliens at underground bases. What's more, he trots out the old saw, "spook sabotage", blaming those pesky spooks for promoting all that silly "alien stuff".
[Ted Gunderson appreciated learning about the fact that his tedgunderson.com website may have posted information that caused readers to believe that he believes in "aliens at underground bases"---SO THAT HE CAN CORRECT THIS ERROR!!! Ted was not aware this info was in his website---nor does he know how this could have got into it [Spook sabotage, perhaps]?!?!?!? Ted has given his webmaster a lot of discretion as to what is posted---but this "alien stuff" is definitely not something Ted believes in, supports, or claims to be true fact. What Ted does believe is that kidnapped children have been taken to underground bases where they are being brainwashed and otherwise illegally exploited by their abductors---possibly many who are being brainwashed and trained as ruthless killers who will be used in assassination plots, criminal acts and/or made part of New World Order military personnel who will be promoted to officer/leader positions in the Armed Forces and have no qualms about rounding up and/or killing American civilians. Gunderson does not deny or admit the possible existence of aliens---and he definitely never intended to convey to his website readers that he believes they definitely exists. He will have this area of info in his website purged asap.]
Once again, the truth, the facts and the evidence.
This little excerpt comes straight from another of Gunderson's moronic PR shills, Ken Adachi.  A woman named Barbara Crouse Brown, one of the New Age whackjobs and freaks regularly featured on Adachi's site, came to the "defense" of Ted Gunderson, against "slanderers" and "CIA disinfo agents" like Barbara Hartwell.
What's more, this weirdo woman once posted a photo of Barbara Hartwell on her website (for all I know, it may still be there), warning her reading audience that I am REALLY an evil "alien draco reptile." She even furnished "proof" of this allegation: the "enhanced" photo, she smugly proclaimed, showed the scales of a lizard!
But anyway, here's what Ted's staunch defender, government stooge Ken Adachi has to say on the issue.
From Educate-Yourself
[Wiolawa Press Defends Ted Gunderson & Reveals Reptilian Entities in Photos at Area 51


[Editor's Note: The smear campaign against Ted Gunderson was launched by Kate Dixon and Virginia McCullough in April of 2000, the same month that Ted was appearing in court in Tennessee with the Art Bell lawsuit. They titled their smear effort the Ted Gunderson Data Dump. which I have to concur with as a title since a "dump", by definition, is the normal repository for garbage; and you'll get plenty of that when you read their slander. It was simply by accident that I tripped across this posting at http://www.wiolawapress.com/ted.htm
Barbara Crouse Brown is the amazingly gutsy woman who maintains http://wiolawapress.com. She enlarges photos taken off the internet and runs them through various filters available with Photoshop to reveal the most remarkable details not normally observed by the casual viewer. In the pictures posted below, she points out alien reptilian entities that CAN be seen in the original photo IF you look closely enough and with eyes that are sharp enough to spot what's plainly there, but very few of us can SEE these details without them being pointed out to us. I plan to write more about Barbara and the many difficulties and dangers she has endured to get her information out. This is one lady, that the government jackals surely do NOT want you t o know about. They seem to have dozens of mind controlled character assassins on the net trying to disparage and vilify her with the most viscous ad hominem attacks imaginable. Over the years, I've noticed a linear correlation between the intensity of such pilloring and the accuracy of the message. ..Ken Adachi]
By Barbara Crouse Brown < wiolawa72@yahoo.com>
http://educate-yourself.org/tg/wiolawapressdefendsTedG1999.shtml ]
Could this be the "spook sabotage" the Justice Ranger has so astutely detected?
Or, then again, maybe it was the draco reptile aliens themselves. Maybe they shape-shifted, beamed themselves up from their underground lair, and appeared in the guise of Ted's webmaster.
So much for the credibilty of  Clarence Malcolm and Ted Gunderson.
How much more evidence does anybody need?
Barbara Hartwell
Alleged "Government Spook" and "Draco Reptile Alien"
February 13, 2010
BIO FOR CLARENCE MALCOLM (TAKEN FROM LET'S ROLL)
AntiEvilRanger aka JusticeRanger
About antievilranger
Location Nebraska
Interests:  Justice, Truth & the preservation of the "American Way of Life" under original civil jurisdiction [verus law martial rule].
Occupation: Private Criminal Investigator
Signature: Private criminal investigators Ted L. Gunderson [former F.B.I. Division Chief] and Clarence Malcolm have determined that the 9-11 ATTACK/MASS MURDER WAS A GOVERNMENT/MILITARY OPERATION AND "INSIDE JOB!" Also, this is TREASON!
Posted by Curriculum Vitae at Friday, February 12, 2010