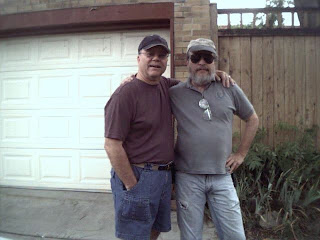 PATRIOTS SPEAK OUT ON INVASIONS OF PRIVACY, LIBEL, HARASSMENT & STALKING BY PREDICATE FELON TIMOTHY PATRICK WHITE
For the better part of a decade, predicate felon and career criminal Timothy Patrick White has been operating in North America as a fed snitch. White is a G-Man wannabe and government stooge who boasts about his "personal friendships" with other criminals, namely corrupt feds who are exploiting White to do their dirty work.
I've written and published many reports over the years, quite a few of which are posted on this site. I've also maintained an evidence file on Tim White, a collection of hundreds of public e-mail messages and posts about/to/from this hideous freak.
Presented here are some testimonials from various people whom Tim White has targeted, at the expense and the behest of the feds who want to neutralize anyone who would speak the truth, expose government criminals and defend liberty.
(The one exception in this list is Shirley Anderson, a psychopath, accomplice and former girlfriend of Tim White, who began posting public messages exposing the sexual perversion of White after the relationship ended.)
Not only is White a fed snitch, he is a psychopath and malicious pathological liar. Note, from the testimony of witnesses, how he is described consistently as a shill of the criminals who pull his strings.
All comments given here are previously published; from public websites, message boards or public e-mails.
What I've included here is only a small fraction of what I have collected, since 2001, when this lunatic Tim White began his harassment of me personally.
Please, if you have been a target of Tim White and accomplices, add your voice to the body of public testimony. This criminal should be apprehended, tried and convicted of the many crimes against persons he has committed with impunity.
Don't let the feds get away with this travesty of justice! Good people continue to be harmed by the despicable and atrocious actions of this psychopath, Tim White, and his accomplices.
Barbara Hartwell Percival
Longtime Target of Psychopath Tim White
February 13, 2010
EXCERPTS FROM SNITCHWIRE, EXPOSING TIM WHITE
Tips have lead us to believe that notorious criminal and FBI informant Timothy Patrick White has been in Denver within the last two weeks and may still be. White is ruthless, working within corrupt State organizations for profit.

The following is from a journalist that has been subject to White's harassment.
SnitchWire would encourage all readers to avoid all contact with Timothy White. This man is extremely dangerous for activists, radicals, journalists, and anyone else the State could pick out for attack. Send ALL TIPS and info concerning White and other snitches to snitchwire [at] riseup [dot] net.
CONSTITUTIONAL ACTIVIST RICK STANLEY (NOW WRONGFULLY INCARCERATED)
STANLEY NOTE: Yes... and Tim White has been stalking Barbara Hartwell on the Internet for years. I have also had some interesting "incidents" with Tim White for the past few years. He started contacting me about three years back,trying to befriend me, advise me, give me information. He came over with a psycho woman [Shirley Anderson] and met with my wife and I, one evening.

He has been stalking me on the internet for the past year. To say that anything to do with Tim White is possibly tainted by unknown issues, would be putting it mildly. He is to be considered a psycho and I think he is a government snitch. Just my opinion of course. I have no ACTUAL proof, but a lot of things do not add up about Tim White and not just from me or Barbara Hartwell. I have had DOZENS of people contact me with psycho Tim White stories.
STANLEY NOTE:  I can "personally" attest to Barbara Hartwell's statements regarding Tim White and Larry Lawson.  I have found Barbara Hartwell to be an honest, forthright person with integrity.  I have found Tim White and Larry Lawson to be liars and stalkers, possible paid government disinfo agents, and criminals at best.  As to the rest of her claims, I have seen nothing that would refute them.
FORMER GIRLFRIEND OF TIM WHITE, SHIRLEY ANDERSON TO ONE JOSEPH LUDI
You need to get to a doctor. Not even the 700 lbs of ex-wife and daughter will any longer support your filth, laziness and mental illness. I was wrong; you are sicker than Tim White
JBS LEADER JOHN PERNA IN RESPONSE TO LIBEL & HARASSMENT BY TIM WHITE & ACCOMPLICES
The stool pigeon snitch/GOVERNMENT SHILL:
There are always a few convicted criminals, who want to get out of jail by working for the government. A search for court records will often discover the convictions of these stool pigeon snitches. A convicted criminal; whose actions fit the patterns described herein, is almost certain to be working for government. If that person is a close ally of other government disinformers, then all doubt is removed. Often you will be able to see the specific rewards that these stool pigeon snitches are receiving for their work.

One of these stool pigeon snitches was sentenced to FOUR YEARS in prison, for a drug violation, in Denver, COLORADO but only served 5 months.

One of these stool pigeon snitches, was charged with felony threatening of the President, in Owen County Indiana, but mysteriously got the charges dropped all together.

Of course the stool pigeon snitch / GOVERNMENT SHILL will always adhere to the GOLDEN RULE OF DISINFORMERS: Always accuse your adversary of whatever is true about yourself.


IT WILL BE QUITE CLEAR WHO IT IS, THAT DOES THESE THINGS, IF YOU JUST THINK ABOUT IT.It is a common tactic of FBI COINTELPRO to try to be THE FIRST ONE MAKE THE ACCUSATION.

If there is a DISINFORMER on this list, he is now asked todemonstrate THE GOLDEN RULE OF DISINFORMERS by accusing me of whatever is true about himself.
INVESTIGATIVE JOURNALIST JANET PHELAN RE TIM WHITE

Caught you in another lie, Tim. Actually, two lies. You said I flew to DC where I visited my handlers. In reality, I took the train to North Carolina where I visited a friend. I had certainly considered going to DC, but never made it to DC.

But you announced, with enormous flourish, that I had done something I never did. I took a trip, which involved both American's Bulletin business and a visit to a friend, by train. I spent about four days in NC.

Tim, have you ever thought of visiting a psychiatrist? I've heard the agency you work for, that would be Santa Fe Research at the Denver FBI (informant/snitch division) ,will pay for you going to a shrink. Maybe you could come out of the experience with some hold on reality....

I had a good trip back. I wrote most of the story I had researched in NC, which was later published in the American's Bulletin, on the Amtrak on the way back. Then in July I went out to South Dakota for a conference. Maybe you can conjure up something about the South Dakota trip that sounds all scary and spooky, Tim. Ya think?

Janet
By the way, Tim has hooked up with Melodie Scott's lawyer, David Horspool, and the two are now internet-libeling me in tandem.
Posted by Curriculum Vitae at Saturday, February 13, 2010