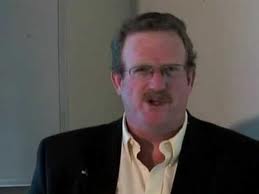 On August 18, I had posted a notice about a radio program on which I will be a guest with Leonard Horowitz and Sherri Kane, with whom I've been working to expose a criminal conspiracy of COINTELPRO operatives and their minions, to defame whistleblowers, journalists and activists, which includes Alma Ott and his flunkey, Alex Studer.

Barbara Hartwell, Sherri Kane and Dr. Leonard Horowitz will be guests on Michael Vara's radio program, August 24 at 9:15 PM Eastern Time.
LATE NIGHT IN THE MIDLANDS
Hosted by Michael Vara
http://www.latenightinthemidlands.com/
Predictably, the COINTELPRO perps (Jew-haters, white supremacists, pedophiles and their protectors), who are attacking Horowitz, Kane and Hartwell with a massive libel/slander campaign, immediately fired off harassing e-mails to the talk show host, Michael Vara, in attempts to stop him from having us on the show.
This tactic has been regularly employed against me for many years. If the rabid hyenas find out I am to be a guest on any radio program, they burn up the phone lines and hammer out harassing e-mails to any host who dares to interview Barbara Hartwell. The same has more recently been happening to investigative journalists Len Horowitz and Sherri Kane, who've been targeted by the same crew of perpetrators.
But they don't stop with harassing e-mails. The perps also begin a libel/slander campaign against these talk hosts, grossly invade their privacy, and will stop at nothing to defame and discredit them as well.
By far one of the most aggressive of these stooges of CONTELPRO is Timothy Patrick White, career criminal, predicate felon, fed snitch, sex predator/pedophile. He has harassed, cyber-stalked, libeled, slandered and threatened countless individuals (not limited to talk show hosts) for no other reason than that they would consider Barbara Hartwell a credible and trustworthy source of information. Same now goes for Len Horowitz and Sherri Kane.
Tim White (who like his accomplices, also uses many alises and screen names) is a loudmouthed, vulgar, boastful, uneducated, untrained (in any field or discipline) rank amateur, who touts himself as a "Whistleblower" and "Investigator" (among other pretentious and bogus 'credentials').
But any legitimate person he has targeted (or for that matter, any intelligent and discerning individual who has ever seen/heard White's psychotic rantings) knows that there's a serious credibility issue: Tim White is notoriously FACT-FREE.
White knows nothing about the individuals he is attacking, but simply parrots what he's told to say by his overlords, then spices it up by adding his own fabrications and wild speculation to the mix.  And let's not forget his obscene verbal assaults, which White evidently believes will compensate for his complete lack of any substantive information.
When I spoke with Michael Vara by telephone last week, I had warned him that he would be harassed, and he told me that in fact it had already started. He said he was  getting harassing e-mails from some whackjob and when I asked who it was, Michael told me that it was Tim White. Surprise, surprise. Who has Tim White NOT harassed?
Shortly thereafter, as soon as I posted the notice about Michael Vara's radio show, he received additional harassing e-mails, this time from Alex Studer and Alma Ott. (Surpise, surprise.)
Alex (the Stooge) Studer

ALEX STUDER TO MICHAEL VARA
From: Zero to Hero Productions <peaceonamerica@yahoo.com  [Alex Studer]
To: "latenightinthemidlands@yahoo.com" <latenightinthemidlands@yahoo.com>
Sent: Thursday, August 18, 2011 10:34 PM
Subject: you might want to check your sources first
as the host of www.labvirus.com and publisher of the video which has gotten everyone in such a fuss, you just might want to check with me before going on air with your radio station and making a bunch of allegations which just are not true.  these two folks Len Horowitz and Sherri Kane are not who they front themselves as.

just suggesting - do a little fact chcking first before allowing propagandists to have your valuable airtime.
********************
Zero to Hero? Make that Zero to Zero...to Zero....
As usual, Alex Studer writes a message without even identifying himself or signing his name. How in hell is the recipient supposed to know who he is? As it happens, Michael Vara had no idea, as he'd never heard of this fool. How could anyone attach the slightest bit of credibility to a person so arrogant and rude that he doesn't bother to identify himself?
FROM ALMA OTT TO MICHAEL VARA
[Note: Red highlight is mine --BHP]
From: True OTT <atrueott@msn.com>
To: latenightinthemidlands@yahoo.com
Sent: Thursday, August 18, 2011 3:14 PM
Subject: Personal and Confidential, Please.
Greetings, Mr. Vara:

It is with interest that I was informed of your scheduled "guests" next week.

Like yourself, I myself host a daily two hour radio talk show, and have for years.   Hopefully, you are truly interested in honest journalism and not in promoting fiction and falsehoods spread by disinformation artists and paid shills.   I submit that Harwell [Hartwell], Horowitz, and Kane fit this category very nicely.

Please understand that only after I began actively exposing the role of Rabbi Dov Zackheim, and AIPAC in the events of 9-11; as well as AIPAC and Dr. Jeffrey Taubenberger's (a MOSSAD lackey) work at Ft. Detrick in resurrecting the killer 1918 flu virus, did Horowitz, Kane, and others in the employ of the B'Nai B'rith's ADL begin to personally attack me and my credentials in the most malicious manner.

In the interest of truth and honest journalism, I would submit that you personally speak first with those whom this trio are so wrongfully defaming.   Please do not give them a "blind pulpit" to continue spewing their venomous lies without first performing due diligence and hold them accountable for their declarations.

A. True Ott, PhDwww.atrueott.com
***********************
Ott begins his e-mail to Vara with "Personal and Confidential, Please".  So, Ott thinks that he is going to write an e-mail to a talk show host, which libels three people, Horowitz, Kane and Hartwell, in which he calls us "disinformation artists and paid shills", "spewing venomous lies"  ...and claims Horowitz and Kane are "in the employ of the B'Nai B'rith's ADL", and then expects that the recipient (who has never heard of "True" Ott any more than he had heard of Ott's lackey, Alex Studer) would have any reason to keep it hush-hush?
Who does Ott think he is? More to the point, what is Ott trying to hide? Why the surreptitious, sneaky approach?
And for the record, I would not ever work with anyone who is "in the employ of the B'Nai B'rith's ADL."
Also, for the record: No one that I know of, including Barbara Hartwell, Leonard Horowitz or Sherri Kane, has "attacked" Ott or his so-called "credentials" in a "malicious manner". We simply EXPOSED the FACT that "True" Ott is using fraudulent credentials to inflate his own importance and misrepresent himself, for narcissistic  ego-gratification and financial gain.
Ott himself admitted that his "PhD" is NOT accredited. Not accredited, not legitimate. As for the "N.D.", that is fraudulent as well. He has not attended, nor graduated from ANY accredited college of Naturopathic Medicine. Ott can keep screaming Bloody Malice! until he is blue in the face, but it won't change the facts.
ALEX STUDER'S COMMENTS FROM HIS WEBSITE, LAB VIRUS
Sorry to be spending so much time and energy addressing the ashkenazi khazar drama queens, and I promise soon it will wind down.  In light of recent interactions with this Michael Vara character, who hosts this weird radio show and has scheduled a 3-way between Horrowitch, Scary Pain, and  [Barbara Hartwell --OBSCENITY REMOVED] [where no doubt they will continue their slanderous attacks on me and others], and whose communications I posted just previously, a few things become abundantly clear: (1) Vara has no more than a sixth grade education as evidenced by his spelling and lack of grammar; and (2) judging by the timestamp of his replies he has a habit of staying up - real late.  My guess he is either high drunk or both, two nights in a row of responses... numerous responses without any solicitation whatsoever, and overly defensive and obviously scripted or coached.   Not hard to do the math here.

I had offered to call in to Vara's show and debate the 3-way trio directly on-air, and it seems my attempts are being squashed.  I bet they never expected I would be so bold and fearless as to call in to their own broadcast and debate them live on the air.  Something they would never do... call into either my show or Dr Ott's and debate head-to-head.  What does THAT say to you all?  I rest my case.
*************************
Alex Studer, ever the pretentious fool and parading idiot (bold and fearless???) slings the usual ashkenazi khazar Jew-hating rhetoric against Horowitz and Kane.
Then, he insults Michael Vara by making a totally irrelevant and unwarranted assumption that Vara must be high drunk or both, simply because he answers e-mail late at night. How stupid is that?
And Alex Studer, the most inconsequential of persons, a loudmouthed  lowlife government stooge, seeking attention for himself by shooting his mouth off on subjects and persons of which he knows nothing,  actually believes that any of us would have the slightest interest in wasting our time (or the air time), having HIM on the program?
A "debate" with an unarmed imbecile? Studer is just as FACT-FREE as his pal, Tim White. The two could have been hatched from the same self-replicating idiot pod. That is why they are both government stooges and lackeys for the COINTELPRO.
Give him air time so Studer could spew out his usual obscene, misogynist assaults (which I will not repeat) against Barbara Hartwell and Sherri Kane?
And since he asked, "What does THAT say to you all?",  I'll be glad to tell you what it "says" to me: Negatively inflated ego, delusions of grandeur, misplaced aggression and endless, fathomless, unadulterated  STUPIDITY.
There's your "case", Studer, nothing but a head-case.
Get off your soapbox and go back to your cheap seat in the Peanut Gallery, Studer. Nobody will miss you, I guaran-damn-tee.
Barbara Hartwell Percival
August 23, 2011 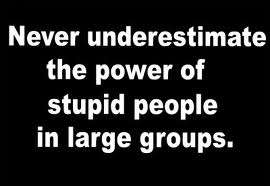