FOR LOVE OF GOD, COUNTRY, CONSTITUTION: WE MUST RID OURSELVES OF THE LUCIFERIAN TYRANNY OF THE UNITED NATIONS 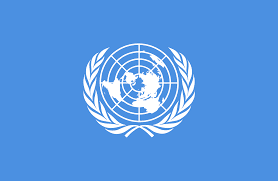 "Great popular support and enthusiasm for the United Nations policies should be built up, well organized and fully articulate. But it is necessary to do more than that. The opposition must be rendered so impotent that it will be unable to gather any significant support in the Senate against the United Nations Charter and the treaties which will follow.


"We have not affirmed our “sovereignty” by rejecting the Convention on the Rights of Persons with Disabilities. We have, in fact, lost yet another opportunity to affirm our basic humanity."


"Lest we forget at least an over the shoulder acknowledgment to the very first radical: from all our legends, mythology and history (and who is to know where mythology leaves off and history begins - or which is which), the very first radical known to man who rebelled against the establishment and did it so effectively that he at least won his own kingdom - Lucifer."

We hold these truths to be self-evident, that all men are created equal, that they are endowed by their Creator with certain unalienable Rights, that among these are Life, Liberty and the pursuit of Happiness. – That to secure these rights, Governments are instituted among Men, deriving their just powers from the consent of the governed.

All laws which are repugnant to the Constitution are null and void.

This 3-part report was written in 2016. In considering the celebration of Independence Day, I decided to republish the links, with some excerpts from PART ONE.

There is no organization more repugnant, more antithetical, to our INDEPENDENCE, our precious Liberty and Sovereignty, than the United Nations.

From my observations, over decades, it is disturbingly clear that most Americans have not truly understood what the UN actually is, nor how tyrannical its agenda, and so they continue to “appeal” to them, promoting and signing petitions, purportedly for “human rights”; against “torture”, and in support of various agendas.

Social media has been flooded, of late, with these promotions, often by people who, on one hand, claim to defend and support the Constitution, while negating their position by making appeals to the UN, AS IF they could possibly offer any legitimate solution to a range of problems. As much as it seems they would like, they cannot have it both ways.

I regularly see comments such as:

Well, I don't agree with the UN on everything, BUT...

Whatever you may think of the UN, please sign this petition anyway...

In point of FACT, the ONLY “solution”, or “resolution” on any issue, coming from the UN, will involve aggression, injustice, meddling, modification, and usurpation of the God-given unalienable rights and liberties of the INDIVIDUAL, in service to the Collective, the Mob, the Herd.

These mobs, the ignorant pawns of the New World Order, are agitating for de-funding the police. So, were that to happen, who would eagerly come in to restore “order”? How about UN “Peacekeeping” Force.

If you actually believe that the United Nations is anything but a crucible of vile tyranny, please read these reports and do your own research to confirm the information.

I recommend the John Birch Society for the most comprehensive compilation of factual information on the UN.

And please, for the love of God, Country and Constitution, STOP PROMOTING THE UN, for ANY REASON, but rather, STAND UP AGAINST the United Nations, and DEFEND your God-given, unalienable, Constitutionally protected Rights, before it's too late.

The United Nations, founded October 1945, exists for one main purpose: to establish a one-world, totalitarian global government which would have control of every man, woman and child on the face of this earth. Otherwise known as the New World Order. This is not a “conspiracy theory”, but is an actual conspiracy of monstrous proportions.

The UN is in league with the New Age movement, Theosophists, occultists, witches, left-wingers of every conceivable stripe, Marxists, socialists and satanists. The UN was in fact founded by Communists, including a secret Soviet agent named Alger Hiss.

If you don't understand this, you have not done the research and/or have been indoctrinated by the henchmen of the New World Order and their prolific propagandists. Or maybe, you have been lulled into complacency by the “feel good” flowery rhetoric, all the talk of “democracy”, “a culture of peace”, “goodwill” and “humanity”.

On the other hand, if you do understand the true purpose of the United Nations, and in any way advocate for this organization, have voluntary dealings with them, attend their conventions, promote their agenda, or support it in any way, then you have declared yourself the Enemy of Liberty and Unalienable Rights.

Here are some hard, irrefutable facts:

The United Nations desires to destroy the sovereignty of this Constitutional Republic, to regulate all our activities, to usurp our God-given individual unalienable rights and replace them with collective privileges issued by the state.

The United Nations seeks to disarm the citizens, leaving us defenseless against criminals, and against tyranny by lawless agents and officials of the government. This is their purported “culture of peace”. In fact, the United Nations is responsible for every “war” (undeclared by Congress) in which the U.S. has been involved, since WW2. These wars (actions other than war or “police actions”) include the Korean War, Vietnam, Gulf Wars, etc.

The United Nations seeks to strip us of the right to free speech, by criminalizing certain forms of speech and by indoctrination into political correctness and “social justice”.

(What ever happened to EQUAL JUSTICE under the Rule of Law?)

The United Nations seeks to invade our privacy and impose state-sponsored surveillance into every aspect of our lives.

Advocates of the United Nations continue to misrepresent this country as a “democracy”, when in fact it is a Constitutional Republic. Nowhere in the Declaration of Independence or U.S. Constitution does the word “democracy” appear.

Democracy is mob rule. Rule by the majority rather than the Rule of Law. As the old saying goes: Democracy is two wolves and a sheep, voting on what's for dinner.

The United Nations has been plotting and conspiring for more than 7 decades to expunge national borders/sovereignty, in service to their agenda of a one-world-government. They've already succeeded with the European Union. But the prize they most lust after is these united States – the theft of our precious sovereignty. If We the People don't stop them, the fix is in and it's all over but the crying.

Without sovereignty, there can be no liberty. The conspirators for one world government want much more than to steal our hard won Liberty and unalienable rights. These predators use every manner of deception to win hearts and minds, and for the nefarious end of enslaving our very souls.


Every American Patriot worthy of the name will say:

NOT ON MY WATCH.


This report is written for the general public. Liberty is not the exclusive province of any group, any religious affiliation, any label one decides to affix to one's beliefs.

But a love of Liberty and unalienable rights, a belief in the right of freedom from tyranny and aggression is necessary for all those who would stand in defense of the principles on which this nation was founded.

The United Nations has no business interfering in any way, shape or form and absolutely NO AUTHORITY OR JURISDICTION to do so, especially when anything on their agenda is “repugnant to the Constitution.”

GET THE U.N. OUT OF THE UNITED STATES OF AMERICA


For the love of God, Country, Constitution,

In my opinion, the John Birch Society has done more in the cause of liberty and especially in alerting the populace to the threat of the United Nations and New World Order than any other organization. And I say this from the perspective of having decades of personal and professional experience fighting the New World Order and its many tentacles inside and outside government.

"Meanwhile, the supposedly “do nothing” UN is hard at work seeking and arranging for national disarmament, abolition of an individual’s right to keep and bear arms, unrestricted abortion, control of education, placement of refugees, termination of property rights, sovereignty-destroying trade pacts, environmental and population controls, and much more.

And a parade of U.S. leaders stretching back to 1945 has cooperated with every seizure of power, every UN intervention in the domestic affairs of nations (clearly forbidden by the UN Charter), and the beginning steps contained in the UN’s Agenda 21 and Agenda 2030 programs. Anyone who removes the blinders can see the UN steadily gaining total control over everyone and everything."