This is PART THREE of a series, Howard Nemaizer & “Truth Talk News”: Unscrupulous Assault on Truth 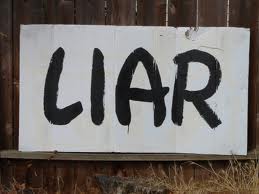 Here, a partial list of Howard Nemaizer's many offenses, of which he is unrepentant, and still lying about, in efforts to cover his own wrongdoing.

Exploitation and misrepresentation of the name and website of Barbara Hartwell, in various venues, including, but not limited to, “Truth Talk News” (video and print format), “Truth Broadcast Network” (owned by one Harry Link).

Stating publicly that he refused to remove all false statements and fraudulent promotions, unless “Barbara Hartwell would like to pay me for my time”, thereby attempting to gain profit for himself and cash in on his offenses at the expense of the injured party, Barbara Hartwell.

Placing the name of Barbara Hartwell on his websites, in a false light, in connection with a notorious career criminal/predicate felon, one Keith Mutch, a psychopath arrested multiple times, including for felony arson. Keith Mutch runs a radio station in Torrington, CT, where Howard Nemaizer's radio program, “Truth Talk News”, was airing during the time of the fraudulent promotions using the name of Barbara Hartwell.

Promoting libelous falsehoods against Barbara Hartwell, including, but not limited to, “a terribly ungrateful soul”, a “sociopath”, a “liar”,
a “CIA disinformation agent”, a “con artist”, a “coward”.

Nemaizer has also falsely accused me of “invading his privacy”, which I never once, at any time, have done. Nemaizer habitually takes his own offenses and projects them on the injured party, in this case, Barbara Hartwell.

Endangering the security/safety of Barbara Hartwell by enlisting a drunk-driving convict, one David St. John, to unlawfully drive my vehicle, without my knowledge or consent, thus also placing me at grave risk of legal consequences.

Making false claims about this offer of sanctuary, thus preventing me from making an informed decision beforehand, about a situation which threatened my health, safety and general well-being, and which ultimately left me stranded in a strange town (not at all a nice place), under pressure to leave, with no resources or assistance available to me.

A directive issued by Maureen Nemaizer, wife of Howard Nemaizer, that I must be “OUT BY NOON on December 21, 2013”, when they were both aware that I had nowhere to go; that I had an elderly cat to care for; that I was a disabled senior citizen, utterly destitute; that I was under persecution.

This, during an extremely cold spell, with snow and freezing temperatures. I would have been thrown into the street –literally. It was only by a last-minute offer of real sanctuary, and by the grace of God, that I narrowly avoided such a fate. A fate, by the way, that my enemies in the government had moved heaven and earth to make certain I would meet –to make me destitute and homeless has always been their goal, just as they have succeeded in other cases of whistleblowers, some of whom have been my friends and colleagues.

Nemaizer lied about all this too, trying to pin the blame on me for circumstances which were entirely beyond my control.

During the 29 days of living hell (which Nemaizer, in a smear piece, falsely claimed to be “six weeks”, or 42 days) I was surrounded by loud, low-class, crude, ill-mannered individuals, busybodies who gossiped about my business and invaded my privacy, insulted my honor and who, incredibly, thought I should be “grateful” for the “help” they claimed to be providing. There was no “help”, ever, from anyone connected to Howard and Maureen Nemaizer.

Nemaizer's wife, with her utter lack of manners, had the temerity to interrogate me about my personal life, and to attempt to psychoanalyze me! As a former profiler for the US government, a trained psychoanalyst, and a Christian minister, I was now the Target of a neurotic shrew, an uneducated busybody, dispensing prolific unsolicited advice to a “captive” audience of one.

This, from a woman who attended satanic heavy metal rock concerts, where Bibles were being burned onstage, who never raised a protest, except some whining, after the fact. When she told me of this, I asked, Why did you not leave immediately and remove yourself from such evil? But trying to have a discussion about anything of this nature was an exercise in futility. What a nightmare. I can't imagine that any devout Christian could bear to be in that house for long.

Howard Nemaizer later told outrageous lies, in connection with this situation, in at least one public smear piece, in which he attempted to blame Barbara Hartwell for circumstances which were not only beyond my control, but entirely created by the lies, misrepresentations, false pretenses and false promises of Howard Nemaizer.

Engaging in monstrous invasions of privacy, by violating confidential information, by publishing photographs taken without my knowledge or consent, appropriated with the malicious intent to cause emotional distress, and in direct disregard of my clearly stated policy of the right to privacy.

Nemaizer also invaded the privacy of my family, exacerbated by libelous falsehoods about them. Nemaizer will also be held accountable for damages caused by all public “comments” made by any and all unscrupulous individuals who have joined in his verbal assaults, with libelous falsehoods, invaded my privacy and that of my family.

Theft of my possessions after I was forced to leave them at Nemaizer's residence when I left on December 21, 2013. Among these possessions were several expensive items which I cannot afford to replace. Suffice it to say, hundreds of $ in losses.

Nemaizer also stole mail sent to me at his address, a package sent to me, from whom, or containing what, I never found out. Tampering with mail is a crime, as is theft of other possessions. Nemaizer has denied these thefts in a public smear piece, instead accusing Barbara Hartwell of being a liar.

In summary, Howard Nemaizer, through his many and various injurious lies, his theft of material items and fruits of labor of Barbara Hartwell, his misrepresentations of my name and website, his libelous falsehoods, his invasions of privacy, and his reckless endangerment (of one kind or another), has caused massive damages to my good name, my personal/professional reputation, as well as many losses which can never be recovered.

Add to this extreme emotional distress, pain and suffering, for which I hold him entirely accountable and liable. Howard Nemaizer is a malicious and unrepentant liar, a thief, and an extremely aggressive gate-crasher, who invaded my life in an insufferable, indefensible and unforgivable assault on all that is ethical, honorable and righteous.

All this, from a person who called himself a “friend”. For a short time, I was foolish enough to believe him, and to give him the benefit of the doubt, even in the face of his many indiscretions, followed by 'apologies', which I only later realized were insincere.

As the old saying goes, with friends like Howard Nemaizer, who needs enemies?

And so, let it be known to anyone reading this, that any person who is a “friend” of Howard Nemaizer, is certainly no friend of mine. Any real and true friend of mine would know beyond any shadow of doubt that I am telling the truth about the offenses of Howard Nemaizer, and would want nothing whatsoever to do with a person who has been the cause of such extreme damages and distress to me.

Howard Nemaizer will be held accountable. There will be a reckoning, guaranteed.

May God's justice be visited upon him, and any and all of his accomplices.