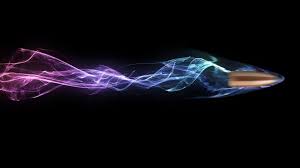 NOTE:
I understand that many people find it hard to believe that the government would commit such atrocities as described here by Geral Sosbee.
But as those of us who have suffered such assaults on our bodies and minds know, torture is just one aspect of political persecution, especially when conducted under plausible deniability.
In 2006 a friend told me a story of an artificially induced (synthetic) kidney stone, by a different means. My friend was former CIA and targeted for the same type of neutralization campaign as Geral Sosbee.
I am not at liberty to use his name, but I have written of him before, calling him "Paul".
Briefly, here is Paul's story, as best I remember it. Paul told me that the assailant was disguised as a cable technician who came to his house while his wife was at work and his son at school. Cable Man  wore a belt with tools hanging around his waist.
After making "repairs", the perp jabbed Paul in the back (kidney) with a sharp device (likely a needle) and immediately ran from the house, jumped into his "cable" truck and fled the scene.
Paul and I exchanged many such war stories, one more bizarre than the next. But who else but a fellow Target would believe such stories?
And what would you do if something like that happened to you? Would you call the police? What would you tell them? Would they believe you?
In fact, Paul only told me this particular story because I had explained to him what had happened to Geral Sosbee. And Paul, like Geral, suffered an extremely painful kidney stone, which he knew was a direct result of the assault on his person by the government operative.
As for "invisible bullets", they come in many forms, the best known being directed energy weaponry. I have personally had this happen to me, and I have witnessed this when it happened to others.
It is imperative that we report these atrocities, that we document them for the public record, and to hell with the murderous government-issue lunatics!
Barbara Hartwell Percival
January 15, 2016


For three decades the fbi in its vendetta engages in covert assaults on me (and on many others) using the following invisible techniques in order to hide their atrocities:


Each of the various attacks are in a sense invisible bullets that are intended to intimidate, control, injure, maim, incapacitate, demoralize, force final exit, or kill the Target.

…cause a variety of symptoms, a few of which are listed here:

2) The synthetic production of an artificially induced kidney stone (hereinafter referred to as ‘ks’) in the body of the Target is summarized in the two links below; the first link contains my experience with the stone and the extreme pain occasioned thereby.

The fbi achieved the ‘stone atrocity’ by placing chemicals in my food as ordered by a corrupt judge/magistrate. The fbi also purloined my insurance card prior to the chemical attack, so that I would have problems of admittance into the hospital; also, just prior to the ks attack the fbi sends a Hispanic female operative wearing a nurse uniform to assault me in her car (I was on my motorcycle); the woman began a strange verbal assault and held her hand out with the little finger and index finger pointing at me as though to suggest (by also twisting her fist) a spell on me. The fbi also made sure to contact the hospital administrator to ensure that an incompetent doctor be assigned to this patient.

After I survived the ks attack I realized that the fbi had just tried to maim or kill me; so, I began contacting scientists online to confirm my suspicions. The following laboratory conducted the experiment that verifies the dirty science of ks production ‘in vivo’:

"Conclusions: We present an environmentally safe, technically simple procedure for the formation of artificial kidney stones of predetermined size and shape. The technique does not require the use of hazardous solvents or post procedural processing of the stones. These stones are intended for use in standardized experiments of lithotripsy efficiency in which the shape of the stone as well as the mass can be predetermined and precisely controlled."


My ks conforms to the same type in terms of
“predetermined size and shape” as other stones reported by people in different countries.


People in India, Thailand, Pakistan, Iraq, Afghanistan, Libya, etc. regularly study the ks data on my site in their apparent efforts to confirm that the intelligence groups in their respective nations (under the control of the USA) are using these same invisible bullets on them.

[Make no mistake, the ks attack causes the victim to feel as though he has been shot right in the kidney.]


3) The assault by a tracking device implantation causes several life threatening injuries as I have documented: cerebral vascular disease is one of them, but the device also allows the fbi and their associates to torture via DEW the Target 24/7/365, every moment of his/her existence for life.

Any victim who tries to report the high tech and strange criminal assaults are fraudulently labeled as paranoid:

4) Psychological operations include physical and mental torture by medical doctors, dentists and others by methods that I have listed in “My Story In Detail” at Sosbee v. FBI dot com and other sites online for the past fifteen years.

Other mind games include the fbi’s manipulation of the electronic or robotic features of my car, so that the fbi turns off the engine, opens the trunk, sets off the alarm in the middle of the night while the car is in the closed garage, locks and unlocks the doors, etc. Occasionally, if my car is still under new car warranty the fbi mildly vandalizes the car as I describe in “My Story In Detail” and in the report shown in the next link below (note that when my car is not under new car warranty, the fbi causes thousands of dollars in damages by destroying the radiator, rack & pinion, brakes, transmission, etc., additionally, the fbi drives nails and screws into the tires repeatedly for the past twenty five years.


As I have documented countless times, fbi thugs regularly vandalize my car, send operatives to assault me nearly everywhere I go, use the police to engage in some offenses, and perform a variety of psychological warfare tricks including the invasion into my home to destroy my clothes and to tamper with personal effects, and to poison me.


Thus, by understanding the tactics used by the fbi, cia, dod, and their friends globally, one may see that we as a species are under attack by the most sinister and deranged human beings ever to walk on God’s green earth. This is truly the Age of Madness.


No remedy to the insanity of this regime is possible and no government or media figure addresses the abominations that I and many others report. Perhaps they fear the possible use of invisible bullets on them.
Barbara Hartwell Percival
Legal Defense & Research Trust
PO Box 22
Rhinebeck, NY 12572
Barbara Hartwell Vs. CIA
http://www.barbarahartwellvscia.com
Posted by Curriculum Vitae at Friday, January 15, 2016