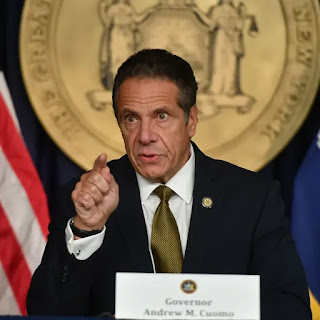 SHAME ON YOU, GOVERNOR CUOMO

NOTE: I have been covering this case and will continue to post updates, with the latest at the top of this report. It is important to stand in support of the owners of this business, Mac's Public House, especially those of us who live here in New York.

Emperor Cuomo and his henchmen are destroying New York. Don't let them get away with it. Stand up and fight back!

NYC bar owner speaks out after video of arrest released

UPDATE 5: OCCUPY MAC’S PUBLIC HOUSE - 23 Hours after Danny Presti, co-owner of Mac’s Public House was illegally detained and removed from his property, thousands of people arrived to the establishment. Peacefully assembling to show unity and convey the message that we the people have declared all businesses to be opened at once. The movement is growing. It has been 7 days since my first video, and this is the 5th update. Each time, it grows bigger and bigger. The time is now. We the people take our future into our own hands. More to come. Subscribe on YouTube.com/MattoosEntertainment – FOLLOW on INSTA @MattoosEntertainment

This commentary accompanies the video:

UPDATE 4: The Grave Injustice - What occurred tonight was something out of the history books. The Sheriff’s Dept. was sent to Mac’s Public House by Gov. Cuomo, to send a message. The power trip he has been on since the public surrendered all their rights to him has left him on a high that left him unprepared for the fall out that has occurred. It started with a $15,000 fine last Tuesday night. After Danny called me in the morning on Wednesday November 25th and informed me of that attempt to crush him and snuff out any form of resistance my blood boiled. I grabbed my gear and headed to Mac’s to make a documentary type update. The results were beyond my wildest dreams.

The Sheriff’s showed up that night, hours after uploading to insta: @MattoosEntertainment and Youtube.com/MattoosEntertainment, playing the video on their phones. They told Danny, the fine was voided from the night before. They then attacked in different ways, trying to crush him from existence with cease and desists and revoking Mac’s Liquor license. He would not bow. Instead, he said he wouldn’t close his establishment. Then came the next round of video. The front of the store front was surrounded by sheriffs and an SLA member. This was the last piece of the puzzle.

Media across the country and internet ate it up. It reached countries all over the entire globe. The day after becoming not only a national story but a global one, Cuomo wanted to show he is the big man on campus. Yes, to clear this up, the same governor who goes on Howard Stern, stating if he wasn’t governor he’d punch the President in the face. He sent in his Sheriffs again. This time, they were following orders. Bully, harass and intimidate. They covered phones of the people in the establishment. When recording began, they issued summons to every one in inside, including Danny’s lawyer. Local political activist Scott LoBaido showed up to support Mac’s, as well as Senator Lanza.

They physically cuffed Danny and removed him from his own property. No warrant. No charges to be announced. This moment was caught in FULL by many as well as myself on instagram live stream. But again, we had the luck of timing. What we have now is a full in depth recording of the how badly the rights of the citizens are being trampled.

TODAY, (as the date I am posting this), 12/2/20, at 6pm, everyone must be at Mac’s, located at 130 Lincoln Ave., Staten Island, NY. We begin the next phase of the battle, that will end with Staten Island businesses opening again. Then it will lead to the rest of state and country opening as well. We the people will not bow.

TO ALL PRESS - OR ANY ONE LOOKING TO SHARE THIS -