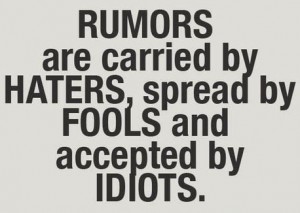 Falsus in uno, falsus in omnibus is a Latin phrase meaning "false in one thing, false in everything." At common law, it is the legal principle that a witness who testifies falsely about one matter is not credible to testify about any matter.

Curse: To utter a wish of evil against one; to imprecate evil upon; to call for mischief or injury to fall upon; to execrate.

Blaspheme: To speak evil of; to utter abuse or calumny against; to speak reproachfully of.

Karen Stewart is at it again! Or more likely, in her obsessive malice, she never stopped.

Today I found this piece of idiocy on a Twitter account I did not even know existed, not until I came across it while searching for something unrelated. 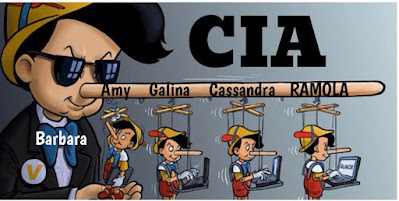 Exposing PERPS and NUTCASES who live to attack others.

"manipulate, coerce, bribe, insult, threaten you to get what they want, but just tell them “NO” then they will go on an obsessive, delusional smear campaign because you can’t be CONTROLLED. Don’t Fusion Centers do that?"

Karen Stewart has set up numerous Twitter and Facebook accounts for the sole purpose of defamation and blasphemy, some hiding behind an alias, such as, “Robert Sau”, to name just one. When exposed, she then denies having been the perpetrator using these accounts. Karen Stewart is not only a liar, but a spineless coward.

She also claims to be a “whistleblower”. A genuine government whistleblower (who, by definition would be a defector or retiree from an intelligence agency, or other government entity), would also deal in facts and evidence for the purpose of exposing the truth and holding the agency accountable for their offenses.

And I should add, for the record, that a number of individuals (some accomplices of Karen Stewart, some not) who have never worked for any government agency, are falsely claiming to be “whistleblowers”, a status they have not earned. They claim that all so-called “targeted individuals” are whistleblowers, when nothing could be further from the truth. This only muddies the waters, and poisons the well. So that REAL whistleblowers end up being lumped in, unjustly, with aggressive, ambitious attention seekers, wanting ego-gratification at the expense of others.

Why then, does Karen Stewart, “intelligence analyst” and “NSA whistleblower” continually disregard facts and fabricate falsehoods against Barbara Hartwell? It is because she has no evidence whatsoever of her many false claims. That is always the tactic of liars, when they have nothing.

Karen Stewart has repeatedly falsely accused Barbara Hartwell of being CIA, and a “CIA handler”, including of persons I do not know and with whom I have never had any dealings whatsoever.

Her smear campaign has been going on since November 2019. She has polluted the Internet with outrageous lies, especially on social media (Facebook, Twitter) where she runs amok with malicious gossip. Gossip based on the long-running defamation campaign against Barbara Hartwell by my enemies in the intelligence community (and there are many) who thought they could discredit me if they repeated the lie enough times, in as many venues as possible.

Karen Stewart, as despicable as her actions make her, is nothing but a parrot, squawking the same old lies, just like the gaggle of accomplices, the busybodies, the harpies, who seemingly have nothing more important to do than spew their venom against a legitimate CIA whistleblower.

But perhaps, most preposterous of all, Stewart claims to be a "Christian". Ask yourself, What kind of Christian would plaster the Internet with filthy, obscene images and ghastly demons in connection with the name of her targets? And would bear false witness and utter vile curses against them?

As tiresome as it gets, I will take this opportunity to once again refute the blasphemous lies of Karen Stewart. But I've already done that, in a number of reports since the libel campaign began.

And as always, for all the liars out there: