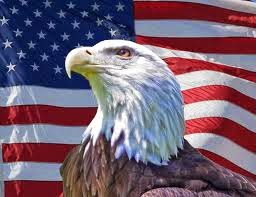 For all the Real Patriots I have known, those who are still with us, and in memory of those who have passed away.

Wishing you a Blessed Christmas and Liberty & Justice in the New Year.

Remembering What is Real


A Real Patriot loves his country and the principles on which it was founded, despite the corruption of its government.

A Real Patriot knows beyond a shadow of doubt that his/her rights and liberties are bestowed by God (whatever religion or lack thereof.)

A Real Patriot recognizes Individual Rights as the Soul of Freedom.

A Real Patriot respects the individual rights, personal boundaries and spiritual integrity of others. He thus recognizes the Inviolability of Personhood.

A Real Patriot despises Socialism, Communism, Fascism, Democracy, Utopianism or any form of collectivism as a basis for government.

A Real Patriot seeks Liberty and Justice for All and pursues the goal singlemindedly, whatever it takes, no matter the personal circumstances or hardship; no matter the consequences to himself.

A Real Patriot will not compromise his principles for any reason, including political or personal expediency.

A Real Patriot spends his time fighting tyranny, wherever he finds it, in whatever ways he is capable.

A Real Patriot exposes government corruption, wherever he finds it, from the lowest to the highest level.

A Real Patriot seeks the truth and gathers facts before disseminating information to others.

A Real Patriot supports others (in whatever ways possible) who have proven by their actions that they are standing up for their country.

A Real Patriot does not waste time in petty sniping matches and arguing over minutiae, especially of a subjective/personal nature.

A Real Patriot does not plant the seeds of suspicion, sow discord or engage in bashing and trashing other sincere patriots, especially with gratuitous and unsubstantiated name-calling.

A Real Patriot should have no trouble agreeing to disagree with others on secondary issues, as long as there is agreement and solidarity on the main issue: Defending Liberty and the God-given unalienable rights protected and guaranteed under the United States Constitution.

A Real Patriot backs up his words by taking action and encourages others to do so.

A Real Patriot sets an example which will inspire others to stand up for their rights and their country, rather than seeking followers.

A Real Patriot loves liberty so much that he is willing to fight to the death, if necessary, and truly knows in his heart that death is far preferable to slavery.

A Real Patriot knows that when the government has become rotten to the core, it is time for a Revolution.

There can be no Revolution, whatever form that takes, without Real Patriots uniting to defend their God-given, unalienable, Constitutionally protected and guaranteed rights.