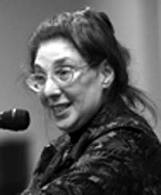 
I was once again a guest on this program and our topic for discussion was the psy op video which has appeared all over the Internet, produced by Rima Laibow and her "Natural Solutions Foundation".

The video opens with a dramatic announcement by Rima Laibow:

"I am Adam Lanza's doctor."

But this statement is a bald-faced lie. A lie which Laibow herself admits to in a "disclaimer" which may or may not come to the attention of the viewing audience before they have been drawn in to the propaganda spouted by Laibow.


"Note: This video and essay were written in direct response to the brave woman who authored “I am Adam Lanza’s Mother” about her experience with a similar child. Just as she is not literally Adam Lanza’s mother, so I am not claiming to be the physician who treated Adam Lanza. Readers are invited to understand that as a Child, Adolescent and Adult Psychiatrist I have treated many patients like Adam Lanza but never met him before his tragic death."


So, in typical psy op fashion, here is "the hook": "I am Adam Lanza's doctor", which immediately grabs the attention of the viewer. Some of the more suggestible may even believe it, as this is akin to "hypnotic suggestion".

When in point of fact, this woman "never met Adam Lanza", by her own admission! No, but she wants people to believe that she has all the knowledge, all the psychiatric expertise, all the answers, all the "natural solutions" which will cure the ills of "forced drugging".

But what about FORCED behavior modification, otherwise known as mind control? That is precisely what she and her husband, Albert Stubblebine, have been perpetrating for decades, against not only military and intelligence personnel, but also anyone in the general populace they can get their grimy hands on, for their bizarre experimentation and voodoo "science".

Albert Stubblebine has been involved with some of the most demonic characters imaginable, including satanist Michael Aquino (Temple of Set). Some of his "research" has been memorialized in a book by Jon Ronson, "Men Who Stare at Goats". Yes, Stubblebine is also a demonic abuser of animals, who attempted to "stop the hearts" of goats in his grisly "psychic warfare" operations.

I personally have zero tolerance for anyone who would abuse innocent animals, and have engaged in activism to stop such cruelty and predation for more than four decades.

Laibow and Stubblebine: Could there be a more loathsome pair of evildoers!

These individuals are longtime government-sponsored mind control perpetrators, whose atrocities, whose crimes against humanity and God, include exploiting innocent children for an agenda of New World Order control.

For those who wish to subject themselves to the deceptive pronouncements of  Rima Laibow, you may watch the video here:


But as I said on the air, you just might want to keep a barf bag handy, assuming you can make it through this nauseating video. I had a hard time, as the very sight of this demonic being, Rima Laibow, made my skin crawl, and the same applies to the sound of her voice.

Anyone with even the slightest spiritual discernment will know exactly what I am talking about: the miasma of pure evil that emanates from this woman.

We exposed Rima Laibow on Orion Talk Radio, December 29, as well as her husband, Major General Albert Stubblebine, (another demon), which we titled "The Mind Rapers".

The very next day (Sunday, December 30) Rima Laibow made another video, in which she made  a desperate effort at damage control, attempting to justify her actions in using "metaphorical" claims of being the doctor who treated a deranged murderer. She angrily denounced those who had exposed her and voiced objections to her ruse, though no names were mentioned.

But, no matter how she tries to justify her actions, they are unjustifiable by any true standards of ethics or morality. Deception is never a "solution", and there is simply no excuse for such unconscionable tactics.


Laibow's "rebuttal" of exposure:
http://www.youtube.com/watch?v=Ac33ysBPBcc
The Medical Conspiracy Saturday December 29, 2012: The Mind Rapers
http://www.youtube.com/watch?v=npCR2n317Wo
But unfortunately, there are those who are promoting the lies, the deception, the psy op run by Rima Laibow and her "Natural Solutions Foundation".
On Truth Broadcast Network, I found this announcement:
Rima E. Laibow on Adam Lanza and FORCED DRUGGING
http://truthbroadcastnetwork.com/2012/12/26/rima-e-laibow-on-adam-lanza-and-forced-drugging/
Here, a brief summary written by Harry Link:
"Dr. Rima E. Laibow has accepted invitation and will be interviewed on TRUTH TALK NEWS with Howard Nema, details to follow. This will be a CAN’T MISS INTERVIEW! Please see the following video which has CRUCIAL information related to the Ct. shooting and the MASS DRUGGING I have been warning about for years…

PLEASE wake people to this most evil part of their agenda, it is the ONLY way they can stop the awakening and knowing it is their only choice I KNOW they are going to do it. If you look at the numbers, they are already hitting a huge percentage of the population deceiving them into doing it to themselves – even PAYING for it!

There is only ONE way for the new world order to effectively deal with the awakening, even roll it back and that is through forced mass medicating the nation. I have warned about this for years and had to watch in horror as they rammed through government healthcare ensuring that the goal is now within their grasp. Here I can be seen with a massive sign up a tree on the capital lawn in 2009 trying to wake the tea party, police looking on helplessly. PLEASE help raise the alarm about this agenda of mass drugging, and stay tuned to Howard Nema 9PM Eastern here on the network for information regarding the coming interview of whistle-blower Dr. Rima Laibow.
********************************

So, not only are they promoting Rima Laibow AS IF she is legitimate, AS IF her psy op video is truthful, but now she is called a "whistle-blower"?

Nothing could be further from the truth!

As Dr. Carpenter (a legitimate whistleblower) pointed out, it takes courage to be a whistleblower, to stand up against the powers that be with the TRUTH. Rima Laibow is a coward, using deception for a self-serving agenda.

I have news for anyone promoting Laibow or accomplices: You can't "fight" the New World Order if you don't know WHO the enemy is. You can't "awaken" people to the truth by using manipulation and deception.

The only weapon needed, and the only real solution is UNADULTERATED TRUTH.

Rima Laibow is a liar, a mountebank, a snake oil salesman, just one of many in a satanic cabal of government predators. Rima Laibow and her criminal government accomplices are mind rapers.

Who is their intended quarry? YOUR children and grandchildren!

Get behind me, Satan!