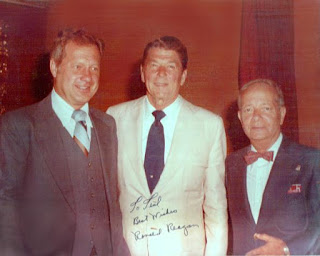 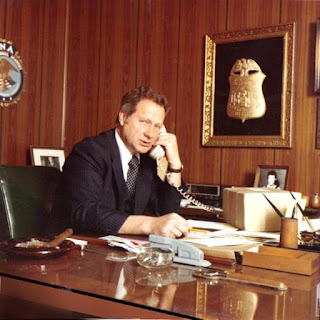 When I saw the news stories about the FBI release of documents on The Finders, I did a related search for Ted Gunderson, knowing this was one of the cases he publicized, and for which he is given credit for exposing.

On the third page of the search I found one of my own old reports (2010), titled Ted Gunderson & The Finders, which I have copied in its entirety here.

For those who don't know the history, I worked with Gunderson from 1997 to 2000, on various cases. I was on the lecture circuit with him, as well as radio and TV programs.

I broke off my professional association and personal friendship with Ted after I discovered (from reliable sources, followed by my own investigation) that far from being a “whistleblower”, he was running counterintelligence operations (same as COINTELPRO, where he was Hoover's right hand man in the FBI).

Then, I learned that he was covering up the fact that John DeCamp, former senator, assassin in Op Phoenix, CIA black ops, and author of The Franklin Coverup, was himself a pedophile, and that the so-called Franklin Coverup was in fact a double coverup.

Gunderson himself admitted DeCamp's crimes to me when I told him (November, 1999) that I had this information from an unimpeachable source. I told him that I was appalled that he would cover for DeCamp, that DeCamp was a dangerous predator and criminal who belonged behind bars. Ted actually tried to make excuses for DeCamp, claiming he had “still done a lot of good for the children.” I was outraged, and shortly thereafter broke off my association with him. After that day, I never saw him again.

The truth is, Gunderson was running containment operations, along with a protection racket. He was actually a sort of bounty hunter who, instead of chasing down bad guys, as he claimed, was going after the good guys, mostly former law enforcement and intelligence professionals, genuine whistleblowers, quite a few of whom I knew personally and with whom I exchanged information and documents.

Beginning in 2000, after further investigations, I publicly exposed Ted Gunderson, as a matter of conscience, along with DeCamp. In one instance (2003), I was summarily pulled off the air on a radio show (Jeremy Floyd) on the orders of Alex Jones, who threatened Jeremy that he should never speak to Barbara Hartwell again. Jeremy quit his job at GCN the next day, and publicly backed me up, exposing Jones as a shill for Gunderson.

John DeCamp made public threats to sue Barbara Hartwell and started a huge defamation campaign, along with Gunderson. I was called a liar, and every horrible name imaginable, and of course, was accused of being a “CIA disinfo agent”, a smear that was picked up by the hordes of government stooges who idolized Gunderson and DeCamp as heroes and whistleblowers.

Nothing much has changed, in all this time. I am still being falsely accused, defamed and persecuted, by the angry and ignorant mobs of fans of Ted Gunderson, most of whom never knew him, but are only parroting the counterintelligence party line.

Decent, honorable persons, who are actually working to end child trafficking, are also being viciously defamed, called “satanic pedophiles” by false accusers, seeking fame and money for their unscrupulous actions.

Meanwhile, the egregious crimes continue. The child trafficking continues. As does the hero worship of Ted Gunderson.

NOTE (March 15, 2010): I received this message quite a few years ago, from a friend (former military and retired police detective). I will not reveal his identity, as per his request. I lost contact with him a few years back, and the last I heard he had relocated overseas. I hope he is alive and well, but I have no way to know what became of him.

I understand that publishing anything without the true identity of the source compromises the credibility of the material (at least in the eyes of discerning persons who do not know the source), but having said that up front, I've decided to publish this anyway.

I do know the source, and furthermore, I have discussed this issue (and other related issues) at length with him over a period of years. In fact, I know him to be truthful, trustworthy and professional.

He has also been targeted by the same criminal network (Ted Gunderson and his CIA/FBI/ COINTELPRO cronies; as well as their stooges and minions) who have been persecuting Barbara Hartwell over the past decade.

He has had attempts on his life, as well as death threats, same as in my case. Like me, he was able to outsmart the opposition and to stay alive, but at great personal cost.

As a possibly related item, I have it from several other confidential sources (who have told me they have evidence) that Ted Gunderson was in Dallas, Texas on November 22, 1963. Personally, I have no evidence of that, but should I receive it, I will publish it.

And as an aside (not related, except to show Ted's mindset), in a conversation with Ted Gunderson (1998), when we were still friends, I stated that I am a longtime supporter of Leonard Peltier, wrongfully convicted and imprisoned, these many years.

Apparently, Ted has never bothered to review the evidence. For if he had, he would have seen the truth, that Leonard Peltier is innocent. Gunderson was still in the FBI at the time of Peltier's arrest (1976). Clearly, like his former colleagues, he simply does not care about an innocent man languishing in jail.

But as regards this brief report, I ask only that the readers take the source's comments under advisement, do their own additional research and reach their own conclusions.

The initials TG stand for Ted Gunderson. It is how we all (his targets, former colleagues, etc.) refer to him. Except some use lower case letters, as they say they refuse to capitalize his name.

Mark my words: Ted Gunderson does not have clean hands; and he is not "retired" from government service. He may have retired from the FBI, but not from his involvement in COINTELPRO and related operations.

Ted Gunderson and The Finders.

I am the one who faxed TG the Finders documents! All of them available then. Although I have more now.


After I faxed the docs to TG he called me back acting very excited telling me he has been searching for years for this info!


His former sidekick "Ray Lavas" also got on the phone excited. (I have since heard Lavas and TG had a major falling out.)


My source who gave me the docs informed me that those docs were given to TG through his one cowboy actor friend (Name on file in my notes) who was attending a conference about abuse of children in Texas with TG.

This conference took place about two years prior to me faxing TG the docs. My source said TG was busy so source knew cowboy actor was with TG and gave docs to him to give to TG. When I told TG what my source said, he later that day told me that he found the Finders docs in his files after all. He had forgotten that he had them! Then he remembered that his cowboy actor friend had given him the docs back then, but he forgot about them because they had so many other docs.


How could he forget if he had been searching for these docs for years!

I began to investigate the Finders incident in which after speaking to law enforcement detectives in Florida, and telling them which PD I used to work for, they put me in touch with an alleged CIA agent who knew more about the case than them. The detectives told me he was CIA. After speaking with him, all of a sudden the IRS was auditing me for 15 years prior! And a former girlfriend of mine working in IRS was baffled by that.

I found out about a very secretive, little known unit inside DIA which was alleged to be responsible for the JFK assassination. D.I.S. C.- Defense Industrial Security Command out of Columbus Ohio & General Dynamics. I think they changed their name slightly and operate from a different location now. I also found names of wealthy people who associated with this group. "Clint Murchison Sr. & Jr., H.L. Hunt," etc.

And TG has admitted being friends with those same wealthy people. Publicly he had admitted to being friends with Murchisons and stated to me that they were mafia/CIA. D.I.S.C. was also known for employing agents provocateur to foment division in the population. How about division among patriots also? At least one 30 year former CIA/military intel high ranking officer and proven trustworthy whistleblower source gave the opinion TG may be connected to DIA, and this unit inside DIA.
There is so much more to this, and other facts about TG.