EXTREME SABOTAGE OF COMMUNICATIONS: The Mystery 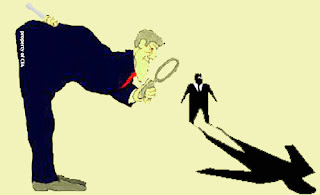 Unlawful surveillance by government snoops is an issue I have been forced to deal with for my entire adult life, long before the advent of the Internet.

I have documented many instances of telephone taps, bugs planted in my homes and offices, where in each case I was able to gather evidence, usually with the help of a surveillance expert.

My computers have been subject to remote hacking, several of which were eventually destroyed, in some cases all files lost.

Most recently, the entire month of August became a distressing and frustrating ordeal, a result of what came to be known as “the mystery”.

I had called my Internet service provider tech support to report that I was having difficulty maintaining a connection. The disconnects happened, just booted on and off, on and off, for no apparent reason, interrupting my work and preventing me from sending or receiving e-mail.

So they issued a ticket to investigate the problem. Since they could not identify exactly what was the cause, they told me they would have to send a repair person to check the outside line near my home. I then received a call informing me that no problem had been located on the outside line. So now, I would need to have him come to my home to check the inside line and equipment. I was given a window of time, that being from 12 noon to 5 PM, where I would have to wait for the repair man. I canceled my previous plans, and I waited.

The man showed up after 6 PM, explaining that he had been busy, had once again checked the outside line and found no problem. He then checked the inside line, but found no problem. So he said he would replace the modem issued by the company. Having done that, he said I should call if there were further problems.

So, for a few hours that evening, I had Internet access with no interruptions. But the next morning, no such luck. I again called the company to report that the modem had been replaced, the lines checked again, but that the problem was still not resolved.

This was the weekend, so I was told I would have to wait until Monday. Again, I rearranged my schedule, so I could be at home. This time another man was sent, Tom, whom I remembered from a couple years ago, when I was experiencing similar problems. (Don't ask, that would be a lengthy report in itself.)

I remembered Tom because, seeing that I had a cat (my beloved Kyra, who passed away in 2015), he had told me that he and his wife had seven cats. Angel, whom I adopted in November 2015, was hiding on Tom's second visit, all he could see was her bright green eyes, from behind a potted plant.

A tried and true belief I hold is, never trust a person who does not like cats. Never, for any reason. As my fellow cat-lovers might understand.

I explained to Tom (once again) what had happened and that no one could seem to identify the reason for the trouble. He told me he had also checked the outside line, found nothing. He knew the modem had been replaced, but checked that too, no problem there.

I asked, So, what do you think the problem is? He said, It's a mystery. Nothing could be identified as the cause of the interference.

Maybe, he said, but that he had never seen anything like this before, and how could that be possible? How indeed, but I didn't really want to get into that.

Days went by, and the Internet connection problem persisted. Tom gave me his cell phone number so I could reach him directly, since he was on the case, and was determined to get to the bottom of “the mystery”.

I spoke to him several times by phone, each time calling to report the latest. Still, he said, there was no explanation, it's a mystery.

Then, to add to my distress, the telephone problems began. At first, it was only a loud static on the line, so that I could not hear, or be heard, for which I have several witnesses, including Tom, who happened to call one day about the other problem.

When someone left a voicemail, the static was so bad I could hear only a garbled message, having no idea what the person was saying.

For about a week, I could not use my phone, as the static was too extreme. I had to use the cell phone, which is usually turned off, used only when necessary when I am not at home.

Then, one day I got a call on my home phone. I saw the number on caller ID and picked up the phone, it was an important call from someone who did not have my cell number. Now, there was nothing but dead air. When I put the receiver down, a message appeared on the screen: “line in use”. It was not in use by me, that much I knew.

For the next few days, the phone screen display said “no line”, alternating with “line in use”. There was no dial tone. And the Internet problem also persisted. Again, I was told, it's a mystery, not only by Tom, but by the people at the office who were also trying to get to the bottom of it. They saw that I was being knocked offline repeatedly, but could not explain why.

During this time, I also discovered that another form of interference/sabotage was taking place. This, having to do with e-mail. E-mail has always been a problem for me, since 1995 when I first got on the Internet. I have a dislike of e-mail, for a number of reasons. I rarely use it, except for brief messages, or sending/receiving documents.

When I speak to a person on a telephone, I KNOW WHO I am speaking to, there is no question. With e-mail, I can never know for sure if someone has received it, unless I receive a response. Nor can I know if someone has sent me e-mail, not unless I actually receive it.

How many times has it happened, that when I speak to someone in person, or on the phone, that I learn they never received my e-mail, or that I never received theirs!

This, I have found, is a way to stop me from communicating with certain people, and over the past couple years, this form of interference has become a tremendous problem. I have learned from those who have also been targeted for e-mail sabotage (and have technical knowledge/expertise which I lack), that certain companies are engaging in this unlawful interference to prevent their Targets from communicating with certain others.

And it's not limited to e-mail or the phone. My postal mail has also been tampered with, so that I sometimes receive packages or envelopes which have been opened, and in the worst cases, the contents damaged. I have been told that mail was sent, but never received by me, by people I trust. How many other people, I must wonder, whom I do not know (such as readers of my website), who have sent mail which never arrived? But to date, the post is still the most reliable form of communication, at least for me.

The monstrous invasions of privacy, via government surveillance, by FBI, CIA, NSA and the devil knows who all else. The sabotage of communications, via e-mail or telephone. The sabotage of any radio programs/podcasts on which I appear, going back decades.

All this, costing time and money (and plenty of both), fomenting suspicion, distrust in relationships, preventing freedom of speech and communications, for anyone who is involved.

And speaking of free speech, isn't the censorship of my website bad enough? My site has been BLOCKED, cited as promoting “Hate”, “Racism” and “Violence”. When in fact, anyone who reads my website would know that, for many years, I have exposed and denounced all forms of racism and violence (check the archives for evidence), and that my “hate” is limited to evildoers, the very same satanic reprobates who are advancing the plot to destroy this nation from within, to abrogate our precious Constitution and all the God-given unalienable rights and liberties protected therein.

For the past week, I have had a reliable Internet connection and the telephone is now working. For how long, I don't know. I don't blame my Internet provider. They have always been reliable and prompt in responding to my complaints. Tom (the cat lover), especially has gone beyond the call of duty in his efforts to resolve “the mystery”.

But as far as I am concerned, based on many years of experience with a wide range of “technical difficulties”, I can say with certitude, there was never any “mystery”.