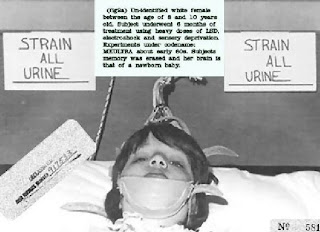 But whoever shall offend one of these little ones who believe in me, it were better for him that a millstone were hanged about his neck, and that he were drowned in the depth of the sea.
Matthew 18:6

"I was a very minor missionary, actually a heretic, but I toiled wholeheartedly in the vineyards because it was fun, fun, fun. Where else could a red-blooded American boy lie, kill, cheat, steal, rape, and pillage with the sanction and blessing of the All-Highest?"

21 “Brothers will hand over brothers to be killed. Fathers will hand over their children. Children will rise up against their parents and have them put to death. 22 Everyone will hate you because of me. But anyone who stands firm to the end will be saved.

27 What I tell you in the dark, speak in the daylight. What is whispered in your ear, shout from the rooftops. 28 Do not be afraid of those who kill the body but can’t kill the soul. Instead, be afraid of the One who can destroy both soul and body in hell.

29 “Aren’t two sparrows sold for only a penny? But not one of them falls to the ground without your Father knowing it. 30 He even counts every hair on your head! 31 So don’t be afraid. You are worth more than many sparrows.

In the countless discussions I have had with my sister Irene, in recounting the horrors perpetrated by the criminal operatives of MK Ultra (not outlined in this report), one issue has come up more than any other. That is, that no matter if we ever see justice done (not likely, at least in this life), no matter if people "understand" (not likely); no matter what happens in the near or far future:

WE WANT IT KNOWN what the government has done. Not only to us, but to many other children, those who never lived to tell their stories. Their blood calls out for justice. To this day, there are still children held captive, subjected to these atrocities, and it is for their freedom that we stand against the evildoers and expose them.

WE WANT IT KNOWN why, to this day, we are forced to live like hunted animals, always having to look over our shoulder, always waiting for the next blow to fall.

WE WANT IT KNOWN why we live in poverty, because the government has prevented us from earning a living, from receiving the most fundamental benefits we should be entitled to; how we "fall through the cracks" and are thus deprived of so many basic necessities that a "normal" person takes for granted.

WE WANT IT KNOWN why we have been ostracized, reviled and mocked by ignorant and heartless people, wherever we go, adding insult to injury.

WE WANT IT KNOWN that we have been abandoned and betrayed, even by those who have claimed to "love" us.

WE WANT IT KNOWN that we can't get the support we need (material or otherwise), not even from our own family, nor from those who say they are our friends.

If nothing else, WE WANT IT KNOWN.

The readers, as always, may make of this report what they will. It is FOR INFORMATION PURPOSES ONLY. But it is truthful, vital information and WE WANT IT KNOWN.


Let us return to the words of George Hunter White:


"I was a very minor missionary, actually a heretic, but I toiled wholeheartedly in the vineyards because it was fun, fun, fun. Where else could a red-blooded American boy lie, kill, cheat, steal, rape, and pillage with the sanction and blessing of the All-Highest?"


Ask yourself this question: What kind of "man" could possibly  find "fun" in this absolutely diabolical behavior? It is a litany of the worst crimes imaginable. And remember, many of the atrocities of MK Ultra were committed against innocent, defenseless children.

This "red blooded American boy" is the worst sort of psychopath, a sadistic bastard who takes pleasure in harming others. Can anyone reasonably believe his colleagues were any different?

No, these are the Good Old Boys who run the show, who call the shots, who answer to Satan himself.

So, for those who think they can ever justify MK Ultra, by claiming that it was a necessary operation, to "create the perfect spy" during the cold war era, or for any other reason under the sun, they can go straight to Hell, where I've no doubt good old George will be burning in the Lake of Fire, along with the rest of the demonic brotherhood.