Letter from a Reader: Pam Schuffert, “Witch from HELL”


I received a handwritten letter, sent by post, certified mail, signature required, at my PO box, posted on this website.

Since I do not have a public e-mail address, the only way for readers to contact me is by postal mail. This has been my policy since 2003, for a number of reasons, foremost among them protecting my privacy and stopping the flood of hate mail, threats and harassing e-mail from cyber-stalkers. Also, because people in general have a tendency to disregard my clearly stated NOTICES that “this website is "for information purposes only" and “readers may make of it what they will.”

I did not recognize the name of the sender, only that the letter came from Montana. I accepted it and signed for it.

I do not know the person who sent the letter, nor do I recognize the name. I am posting the letter here for the public record. Because the sender asked that I not use her name, I am honoring her request. The fact that she took the time and trouble to send it by certified mail told me it must have been important to her.

The subject of the letter is one Pamela Schuffert. My detailed response to the letter follows.

The handwritten letter has been typed by me, an exact copy. I have not changed a word, nor any punctuation, nor corrected misspellings. The only misspelling I have changed is the name: Schuffert. It was spelled: 'Shuffert'.

I am writing to you concerning Pam Schuffert and a report that I am working with Pam Schuffert in her dirty scheme to get me back with dealings I had with her back a couple of years ago. Hell from Mt. X [sender's name] from Montana & I am so mad I seen that smear on your sight. I demand it be taken off, it is a Lie, Lie, Lie. She is a witch from HELL.

I first heard your interview with Jeremy Floyd, “The Floyd Report”.
Back a couple of years when he was in Mt. I knew Jeremy. It was through BJ's A.M. Radio station. I know who you are, the story. Well, I have mine also. I'm not a spy, I do not work with her, or have anything to do with her. God help me!! She got ahold of me through somewhere, Ghost Troop I think? Which she destroyed. She said she was a reporter. I believed her of course. She moved her butt in my home. Stole my contact list -group list- tried to poisen me, destroyed my home. I had to hire a bodyguard to save me, and have a witness, whom is a x-cop. She would not leave. Finally, I had to have her removed by the police. Sorry, I am upset.

Then yesterday I hear from J. McNeil, The Micro Effect Radio, she got in there. He don't realize the damage she can do. So I e-mailed him. He had to kick her out also, because she would not leave. Then as proof I sent him your site, so he can see first hand what he is facing. So if he goes to the site, guess what he will find? Me!! It destroys my name and credibility. I did not know you would print that, why did you not research it first? I am just a person who is in this fight to save what is left of our country. A nobody. I only trust you because Jeremy did?

Pam is out there doing her thing again, I thought she would have quit by now. Surprise, surprise!!

I am asking you to please remove me from the blogspot. I do not deserve the fanfare. Please. The harm it will do, you can't imagine. Yes you can. Lies can destroy. You know!!

RESPONSE TO X FROM BARBARA HARTWELL


First I should say that I have quite a number of reports on this site exposing Pamela Schuffert, and her M.O. (See links listed below.) Nothing stated about Pam Schuffert by the writer of this letter comes as a surprise, so I tend to believe her statements are truthful.

In fact, I have received numerous letters about the infamous Pam Schuffert over a period of years, giving testimony of the same general nature (some of which I have published), as to Schuffert's unprincipled character and unscrupulous activities. A grifter, a liar, a thief, a con artist, a stalker, a meddler, a gossip, etc. etc. No doubt she has done tremendous harm, from coast to coast in this country, as she travels from place to place, on her ludicrously misnamed “Prayer Journey” across America.

Some of her accomplices are also notorious, including career criminal/predicate felon, fed snitch Tim White, Ken Adachi (who publishes her outrageous lies about Barbara Hartwell and others). Pam Schuffert is a fed snitch, part of the crew of COINTELPRO minions and government stooges, under the direction of the late FBI Chief, Ted Gunderson.

Just the grievous harm Pam Schuffert has done to me and my family could fill volumes. I call her “The Busybody from Hell”.

Unfortunately, only one of many such individuals (Busybodies from Hell) who have contributed to destroying the reputation and livelihood of Barbara Hartwell. The best I can do is expose their offenses, criminal and civil, in defense of my good name, and as a warning to others. One reason I decided to publish this letter. Consider it another warning of the evil of Pam Schuffert.

However, I do not understand X 's demand that the “smear” be removed from my website.

“I am so mad I seen that smear on your sight. I demand it be taken off, it is a Lie, Lie, Lie. She is a witch from HELL.”

Upon reading the letter, I conducted a number of searches for the writer's name, including in conjunction with Pam Schuffert. I found nothing. Then, I did an internal search of my website, Barbara Hartwell Vs, CIA, to see what, if anything, came up. Nothing.

For the internal search of Barbara Hartwell Vs. CIA, I got this:

"No posts matching the query"

I then took the time to search through my reports on Pam Schuffert, but found no such name.

So, unless/until I am able to locate the “smear” in question (assuming it exists) I am unable to remove it. Or, if X wants to send me the precise information as to how I would go about locating this "smear", assuming it is actually on my website, I would be willing to remove it. As stated, I don't recognize X's name.

“I first heard your interview with Jeremy Floyd, “The Floyd Report”.
Back a couple of years when he was in Mt. I knew Jeremy. It was through BJ's A.M. Radio station. I know who you are, the story.”

I was at one time a frequent guest on Jeremy Floyd's radio program (GCN), but that was many years ago (more than a decade). I have nothing but good things to say about Jeremy, especially that he stood up for me when Alex Jones tried to censor Jeremy's broadcast, pulled the plug on the show because I was exposing FBI Chief Ted Gunderson and his crony, former senator/CIA operative John DeCamp, and Jones threatened him never to have contact with Barbara Hartwell again!

Jeremy resigned from the station rather than be censored and bullied by Alex Jones.

But I've had no contact with Jeremy Floyd since that time.

As for “the story” of Barbara Hartwell, I doubt that this reader (or for that matter, most people) would know the truth or the facts about that, as evidenced by the massive defamation campaigns, ongoing for more than two decades, and the many false, fraudulent, libelous, slanderous “stories” which can be found all over the World Wide Web.


“Then as proof I sent him your site, so he can see first hand what he is facing. So if he goes to the site, guess what he will find? Me!! It destroys my name and credibility. I did not know you would print that, why did you not research it first? I am just a person who is in this fight to save what is left of our country. A nobody. I only trust you because Jeremy did?”

First, I would not consider anything posted on a website (including mine) as “proof” of anything. Evidence, possibly, depending on the standards employed by the individual reader and the credibility attributed to the source (in this case, Barbara Hartwell) by that reader.

Again, X fails to name the specific information she claims I have “printed”. As for the accusation, “why did you not research it first”?, she has not specified what “it” is. I do not ever knowingly print false information. I do not even know this person. Again, if she wants to contact me and provide the specific information which she claims is posted on my site, I can see if her claim has merit. Otherwise, there is nothing I can do to assist her.

And since she does not know me, why would she have reason to trust me? Just because someone else did? No, by my standards at least, trust must be earned, not handed out indiscriminately.

For now, all I can do is state that I will be happy to honor X's request to remove anything which contains her name, again, assuming it can be located.

As for Pam Schuffert, maybe X could consider writing her own testimony (aside from what is given here), using her actual name as a witness. By my standards, any information coming from “anonymous” sources has ZERO credibility.

So, though I don't expect anyone reading this report to give credibility to the source (being anonymous by her own request), I can state that in my considered professional opinion, she is most likely providing truthful information regarding Pam Schuffert, given that her testimony is consistent with that of many other Targets/Victims of Pam Schuffert.

As always, the readers may make of it what they will.

I do welcome the testimony of witnesses regarding Pam Schuffert, or other offenders of her ilk, exposed on this website, which I will publish at my discretion if I believe the information has merit.

The Busybody: A Tale of "Christian" Warriors and Their Valiant Battle Against CIA Satanists


First Blood: Pam Schuffert & Lies from the Pit of Hell


Pam Schuffert Exposed: That the Mouths of Liars May be Stopped 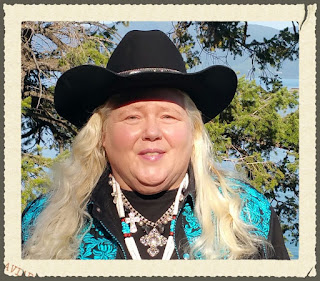 PAM SCHUFFERT: THE BUSYBODY FROM HELL