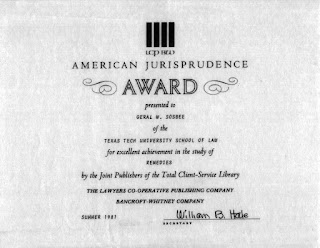 Excerpts from this article:

The “lifelong best friend” of Christine Blasey Ford has denied that Ford ever coached her on how to take a polygraph exam while applying for Department of Justice jobs. Monica McLean came forward Wednesday and said in a statement, “I have NEVER had Christine Blasey Ford, or anybody else, prepare me, or provide any other type of assistance whatsoever in connection with any polygraph exam I have taken at anytime.”

Later on Tuesday, Fox News obtained the testimony that Ford’s ex-boyfriend gave to the Senate. His statement said that Ford had used her experience in psychology to coach McLean, on how to take a polygraph exam. You can read the letter from Ford’s ex-boyfriend, who has not been identified, here.

The article includes this:

McLean’s name is featured on some shadowy websites run by a man named Geral Sosbee. Sosbee says that he is a former FBI agent who started working for the agency in the late 1970s. He claims that he was later investigated by the FBI and the CIA; his sites also make dark and incoherent references to “death squads”. He says that McLean helped the FBI to cover up the alleged investigation against him.

You can read some of his claims — as well as a declaration which he says was made by Monica McLean — here. The declaration is dated June 2000. It’s difficult to know the truth of this matter, since it seems that only Sosbee has written about the case.

Note that the writer attempts to call Sosbee's credibility into question:


Aside from this suspicious tone, the writer makes this inaccurate statement:


"Sosbee says that he is a former FBI agent who started working for the agency in the late 1970s."

No, Geral Sosbee “said” no such thing. If the writer had bothered to check the facts, she would have seen numerous references on Sosbee's site, including a banner displayed at the top right corner:

Geral Sosbee was in fact forced to resign in 1978, after he was threatened with wrongful and unlawful incarceration.

His "Crime"? Defending the Constitution.

For the record: I have known Geral Sosbee since 2001, as a professional colleague and personal friend. I have studied this case since that time and have worked with Geral to expose the FBI/CIA corruption which we have witnessed (individually and in tandem) and the crimes against persons for which we have been personally targeted.

I know him to be a person of the utmost honesty and integrity, who has served this nation with honor, as a decorated combat veteran (US Army), as a former prosecutor and judge, and as FBI Special Agent.

He is in fact the Target of a longstanding counterintelligence operation, known as a “neutralization campaign”, as retaliation, targeted with extreme prejudice.

Numerous reports by Geral Sosbee may be found on this website, Barbara Hartwell Vs. CIA.


The fbi inadvertently and impliedly admits (in the letter shown below) to the existence of a "shadow government" by using McLean's preposterous denial of a fbi official investigation of Sosbee in the year 2000.


As a matter of common knowledge in the fbi and the cia (among other government agencies) the unofficial investigation (i.e. : covert and death squad activities) by the use of fbi and cia informants, operatives, handlers, contacts and undercover special agents and their assigns and contract thugs (such as those in Wackenhut as referenced in commentaries this site) is pervasive, secretive and illegal throughout the U.S. and the world.

The denial shown below by McLean is patently false and will be revealed in time to be a hideous lie, as will the outrageous and libelous statements by Sara R. Robinson which also appear in Sosbee's writ. Indeed sufficient evidence exists as presented on this site to contradict McLean's assertions. Furthermore, while McLean ostensibly has no access to the fbi's and the cia's hit squad criminal activity, she knows or should know by virtue of her position as counsel to the fbi that such 'goon squads' exist and that Sosbee is and has been at all times (as set forth in this site and in the writ) targeted for neutralization by such squads {note: neutralization in this context generally means torture, imprisonment or death of the targeted person}; therefore, both McLean and Robinson, to the extent of their participation in the government cover-ups, are in fact terrorists and assassins for their secondary roles in the perjurious defending of the fbi 's (and the cia's) high crimes, misdemeanors and crimes against Humanity as described in this and other sites.


The above statements represent the opinion of Geral W. Sosbee.

Also, read the statement of Monica McLean at the same link.
Posted by Curriculum Vitae at Friday, October 05, 2018