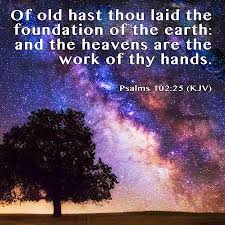 I recently published a prayer request on this site, asking Christians to pray for me, that I would receive the material support I need to be able to get relief from the extreme hardship of poverty, to pay my monthly bills, to get regular medical care, and to get another vehicle, since I no longer own one and now have no transportation.

From 1995, when I started publishing my reports online, and continuing to 2000, on my first website, I solicited donations to support my work, until 2014. By that time, I had lost most everything I owned (including my house in Maine), in the disastrous and life-threatening circumstances and events of 2010- 2013, when I was finally driven to total destitution and homelessness in late 2013.

I was forced to relocate from Maine, where I had lived from 2003 until 2013, to New York, the state where I was born and had lived on and off for much of my life.

I have documented much of what occurred for the public record because documentation is extremely important to me, as regards my lifelong (mostly unwanted) dealings with the government, and what I experienced at the hands of utterly corrupt government agencies, their officials, their cronies, minions and stooges.

I want the truth on the record, for a number of reasons, some of which will remain private and undisclosed. But it is important to say that my life is NOT an open book, for all and sundry to peruse. I fiercely guard my privacy, as an integral part of my Liberty.

My primary purpose, as a journalist and government whistleblower, has always been defending Liberty, God-given unalienable rights, and pursuing Justice, not just for myself, my family, friends and colleagues, but for all and sundry, especially in this nation, but also worldwide.

[NOTE: A non sequiter, but...I say “worldwide” because Earth is not a planet, as the public indoctrination system would have you believe. God's glorious Creation has been revealed, as clearly stated in the Bible, as well as by the natural perceptions with which we are born, to be not a spinning globe, flying through seemingly infinite 'space', but a stationary plane, covered by the Firmament, wherein move the sun, moon and stars, in their appointed courses, by God's elegant design. (The heavens declare the glory of God, and the firmament sheweth his handiwork, Psalm 19.) Just as we may observe in everyday life, once the blinders are removed from our eyes, and as our other sensory perceptions will make clear, if we only allow them to function unimpeded, free of preconceived notions and belief systems.

The agencies of government (worldwide, including NASA) are well aware of this fact, but for purposes of NWO control, under the auspices of Satan, have perpetrated a massive deception for roughly 500 years. And they are stealing your money and other resources to keep the deception going. And, ironically, the "globalists" know the truth, that the earth is not a globe, as shown by the UN flag, where a flat earth map is depicted.

As a corollary, just as God created the heavens and the earth, He created humankind in His image. Thus, we are 'imagers' of the Almighty (I am fearfully and wonderfully made, Psalm 139), rather than being randomly “evolved” from some primal chemical soup, via monkeys as ancestors, where everything is as meaningless as the so-called Big Bang, where everything was created from nothing, and we are nothing; nothing but soulless specks of dust. But I digress...more on this subject at another time, God willing...]

On this site I have always clearly stated my purposes and my policies, including related to engagement with my readers and with the general public. I have repeatedly posted notices, prominently placed, describing these policies. Yet, they have been mostly disregarded or ignored.

One such policy is that my website is FOR INFORMATION PURPOSES ONLY, that the readers may make of the material what they will. Period.

That my website does not have an interactive function, that I do not provide a platform/forum for all and sundry, and that I do not seek interaction with the readers, nor with the general public.

(Yes, I know how unusual this is, given the nature of the Internet, especially social media, a free-for-all, where anything goes, where gossips and busybodies run amok.)

That my e-mail addresses are private, as are my telephone numbers, for use by authorized persons only.

That I do not offer private consultations, even in areas of my professional expertise. I have asked the readers, repeatedly, via prominent NOTICES, to please NOT send me their personal testimony, legal briefs, or case files, with requests for assistance, including discussions, counseling, investigations.

And yet...I continue to receive letters by post (including in some cases, testimonies, photographs, medical reports, legal files), requesting assistance, pro bono, or for compensation. I have no idea why this continues (Why me, Lord?), especially given the fact that I am not a medical doctor, nor an attorney.

Those sending these letters provide contact info, asking me to respond, by e-mail, phone or post, and some of these individuals say they are “desperate” for help. I am truly sorry for what they are going through, and will say a prayer for them, but I have never, at any time, offered such consultations, and I am not able to offer the assistance they seek, nor do I have the time or resources.

Much of my work is not publicized, at least not on this site, or not necessarily in connection with my name. Aside from my published work on this site, various other sites which feature my work, and occasional radio interviews, I am also involved in Christian ministry, various forms of activism (including for human rights, advocacy for animals, and political endeavors), and I work in other areas, sometimes with organizations of like-minded people, though I do not run any organization, nor will I accept any official position which could compromise my independence or sovereignty.

I do not use social media, nor engage in any form of social networking. By nature and intent I am extremely introverted and reclusive. Had God permitted it, I would be living in a monastery, somewhere far away from the World, but as far as I can tell, it was not meant to be, more's the pity.

DONATIONS TO SUPPORT MY WORK

Though I no longer formally solicit donations from this website, I do accept them, with gratitude and appreciation for those who find my work to be of interest and of value.

I do not use any form of electronic system for donations, nor do I offer any “exclusive” content or benefits, as I do not seek sponsors or followers, nor am involved in quid pro quo deals.

I accept donations of any amount (every dollar helps), sent by post, as long as they are given free and clear, no questions asked, no strings attached, as Christian charity or “love gifts”, to be used at my sole discretion, including to support this website and my other professional endeavors.

I have received such offers, and appreciate their kindness and generosity, but according to my policies, I must decline them.

Lastly, if you are a Brother or Sister in Christ, whether you are a friend, a family member, an acquaintance, a colleague, or a person with whom I am not acquainted, please kindly pray for me and mine, for God's peace, for healing, for restoration, according to God's will, and in service to His Kingdom, in the name of our Lord and Savior, Jesus Christ.

Thank you for your time and consideration, and praying God's glorious blessings for you, your family and loved ones, and for Revival in this nation and across the world.

For those with questions, please see this section of my site, at upper left corner:

THE RULES OF ENGAGEMENT