WHAT ABOUT BOB? Pinnochio Exposes "The Real Barbara Hartwell"??? 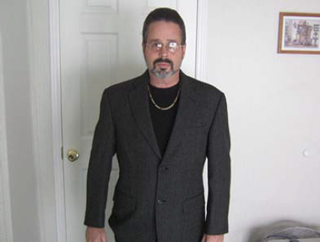 BOB CRISCUOLO AKA PINOCCHIO
The Medical Conspiracy
Saturday, June 16, 2012
5-7 PM Eastern Time
Listen live:
http://oriontalkradio.com/Default.aspx?PID=1&T=Home
Last week I exposed an aggressive busybody and psycho stalker named Michelle Wolven, one of the cast of characters in the Freak Show who is launching attacks against Dr. Antonella Carpenter of Lase Med Inc.
Michelle Wolven is now also attacking Barbara Hartwell, falsely accusing me of "using a fake name" and "telling fake stories" in my appearances as a guest on Dr. Carpenter's radio show, The Medical Conspiracy. Wolven falsely accused me of being a "family member" of Dr. Carpenter.
Michelle Wolven's idiotic claims are refuted here:
http://www.barbarahartwellvscia.blogspot.com/2012/06/michelle-wolven-agent-provocateur-snake.html
I have also learned that Michelle Wolven, in true Busybody-from-Hell fashion, is now trying to get into my PRIVATE business by contacting known associates of mine, whose contact info is public, unlike mine. I can assure Ms. Wolven that she is wasting her time, as no friend of mine would ever discuss me or my business with a busybody/stalker.
If Wolven wants any of the FACTUAL information about Barbara Hartwell that is available to the general public, she is free to go to my website:
http://www.barbarahartwellvscia.blogspot.com
OTHERWISE, MIND YOUR OWN DAMNED BUSINESS, BUSYBODY FREAK MICHELLE WOLVEN, AND STOP TRYING TO STICK YOUR NOSE INTO MINE!

FREAK SHOW MICHELLE WOLVEN
But now, there is yet another member of the Freak Show cast of characters, who is launching his own attacks against Barbara Hartwell, one Robert Criscuolo, aka "CBob," aka "PCTechBob," aka "Pinocchio" aka BOB. To avoid confusion, I'll just call him BOB.
BOB has now taken it upon himself to produce a series of short videos, in which he claims that he is "exposing" that the "The Real Barbara Hartwell" is a different person than the one who was a guest on The Medical Conspiracy, on four different programs.
BOB, using the alias of  "Pinnochio" (and the accompanying cartoon voice in his videos) says that the "Barbara Hartwell" who appeared on Dr. Carpenter's radio program is in reality Wendy Simmons. BOB also repeatedly claims that he can "prove" that Barbara Hartwell is Wendy.
His "proof"? BOB provides clips from an old video (1998) where Barbara Hartwell is interviewed by Ryan Elliott, of Chicago Health Television, along with former FBI Chief Ted Gunderson, former CIA agent, Chip Tatum, and Susan Ford (using the alias "Brice Taylor") a woman who claims to be a  mind control survivor of "Monarch" (which was never a CIA operation.)
[NOTE: This video is a PIRATED version, which was later SOLD, first by postal mail order, then from the Internet. Several perpetrators who profited from copyright violations, selling this bootleg version are: Susan Ford aka Brice Taylor, who illegally incorporated the bootleg copy of the interview into a video entitled MIND CONTROL GOES PUBLIC (a government disinformation video);  COINTELPRO Kingpin Ted L. Gunderson; disinfo specialist David Icke;  videographer and Gunderson minion Jon Gentry. Gentry is the perp who simultaneously videotaped the interview, FOR WHICH I NEVER SIGNED A RELEASE. The ONLY release I signed for permission to use my interview was to Chicago Health Television. Period.
Furthermore, some of the same perps (along with other accomplices, including Clarence Malcolm) later posted this video all over the Internet, along with my name, in efforts to discredit me, with the caption: "Barbara Hartwell, CIA Plant on Mind Control". The perps also called me a "fraud", "fake mind control survivor", etc. etc.
All this, in a video for which I NEVER gave my permission, NEVER signed a release, so criminals could make money and defame my good name in the process.
So, BOB is now included as a participant in the conspiracy to exploit Barbara Hartwell's name, to defame my good name, and to illegally use an interview for which I NEVER gave him permission.]
BOB (aka Pinnochio) also provides a video clip of Wendy Simmons, and asks the audience to compare the two voices. But BOB doesn't stop there, no indeed, he also includes segments of Barbara Hartwell's voice from The Medical Conspiracy broadcasts, to "prove" that Barbara Hartwell is REALLY Wendy Simmons, NOT the Barbara Hartwell from the interview.
Here, you can view and listen to Pinnochio's  idiotic video presentation:
http://www.medicalconspiracy.us/
However,  BOB's lunacy in attacking Barbara Hartwell started not with these videos, but with a number of harassing telephone calls to Dr. Carpenter and her family.
These calls were recorded and sent to me by Randy Simmons. Again, they were all about Barbara Hartwell, accusing me of being Wendy Simmons, and BOB actually addressed Barbara Hartwell, under his false (and very, very stupid) idea that I am really Wendy Simmons.
BOB called me "chickenshit" for not answering his calls, and spouted off with other insults against Barbara Hartwell.
How could I possibly answer calls I never got? Calls that were never made to me?
BOB, you are truly one of the stupidest, most moronic people who has ever tried to discredit me. You are a freaking lunatic, and a flaming whackjob!
Tell me, BOB, are you out on a weekend pass from the loony bin?
Get the hell off my case, BOB.
Or take the consequences.
WHAT ABOUT BOB?
For information about psycho stalker freak Bob Criscuolo, see:
http://medicalconspiracy.net

http://medicalconspiracy.net/criscuolo.html
Oh, by the way, BOB, FYI, I will be on Dr. Carpenter's show, The Medical Conspiracy, again this afternoon.
And so will Wendy Simmons, whom you have accused of being an impersonator of Barbara Hartwell.
Now, the listeners may hear us both on the air TOGETHER, at the same time, and as "Pinocchio" says in his videos, they can "decide for themselves" who is who, which voice is Wendy's and which is mine.
You're BUSTED, BOB.
The Medical Conspiracy
Saturday, June 16, 2012
5-7 PM Eastern Time
Listen live:
http://oriontalkradio.com/Default.aspx?PID=1&T=Home