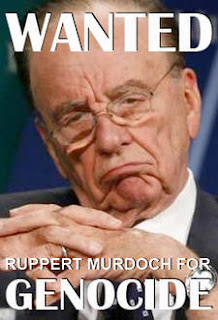 American Style Terrorism
http://bloggingmothersmagazine.com/2011/08/31/american-style-terrorism/
http://jennyhatch.com/
NOTE: Jenny Hatch is a journalist and activist whose work centers on health related issues. I first got to know Jenny when she invited me as a guest on her radio program, and we have since become friends.  As a result of her dynamic activism, Jenny has been targeted for persecution by the minions of the genocidal Crime Lords she is exposing.
She has been repeatedly assaulted with chemical/biological warfare which has had a devastating effect on her health. But it's not just Jenny who has suffered, as the perpetrators have even attacked her children!
I give Jenny tremendous credit for exposing the attacks on her and her family. It's not easy to come forward with information like this. The Target is invariably placed in a situation where even those closest to her may not believe that such an organized effort to neutralize her could really be taking place.
I know this from personal experience, as well as from the experiences of my friends, colleagues and members of my family who have also been targeted for similar attacks, with chemical/biological weaponry, directed energy weaponry, as well as arranged "accidents".
I've heard the horror stories from many others, and I know firsthand how debilitating such assaults can be. I myself am seriously disabled because of the cumulative damages of many years, rendered by government goons with their high-tech war toys and anti-personnel weaponry.  To make matters worse, most of the time I was unable to get any help (including medical care) due to lack of resources and having no support system whatsoever.
It takes a lot of courage to stand up against criminals so evil that they will stop at nothing to silence their targets, even harming innocent children. This is a terror campaign, nothing less.
Then, to add to the terror and torture, the perps also run a libel/slander campaign against the Target.  Jenny has been targeted for this too, by some of the same criminals who have targeted me and my friends and colleagues, including former FBI agent/whistleblower Geral Sosbee, investigative journalists Janet Phelan, Dr. Len Horowitz and Sherri Kane.
Political Persecution in America: It is real, it happens every day. We the People, need to expose these atrocities and express our outrage! We need to do all in our power to put these criminals out of business, and behind bars, where they belong!
Please take the time to read Jenny's article, and if you know others who have been targeted for this type of assault, pass it on to them.
Barbara Hartwell Percival
September 2, 2011
American Style Terrorism: A Testimonial from Jenny Hatch
To read entire article:
http://bloggingmothersmagazine.com/2011/08/31/american-style-terrorism/
EXCERPTS
"In the fall of 2009 I had just finished up a couple months worth of research on the H1N1 Vaccine, and what I had learned frustrated and disturbed me to the level that I organized a “Don’t Inject Me!” Protest at the Capitol in Denver and invited all of the top Vaccine Activists in America to attend."


"As a Vaccine Rejectionist who had refused to innoculate my own five children, I had conducted years of research on the history and side effects of the vaccines currently in use in America. My oldest daughter was born in 1988, the very year the vaccine schedule was changed, and I knew in my heart that filling her body and mind up with those toxins would prove debilitating and deadly."
"I had been a vaccine damaged child myself, suffering with lifelong food and chemical sensitivities as well as asthma and skin problems. I wanted something better for my children and looked to find it in holistic living and Alternative Healing. Our choice not to vaccinate resulted in many family members and friends getting in my face and demanding to know why we were such awful parents. While annoying, the questions did serve the purpose of compelling me to go back to the research and read the facts about Vaccines, so I was much in the habit of conducting this research whenever a new vaccine hit the market."

"I was again attacked with a toxin six days before the rally that was so awful I passed out in my bathroom and was left immobilized for two days during the very time that I needed to be working on the rally."

"I have been fighting for my life these past five weeks as the poison has wended its way through my system and with lungs always weakened by Asthma and the many poisonings these past five years, I have nearly lost the will to live. It is only the love of my family that keeps me going."
Jenny Hatch, Editor in Chief of Blogging Mothers Magazine