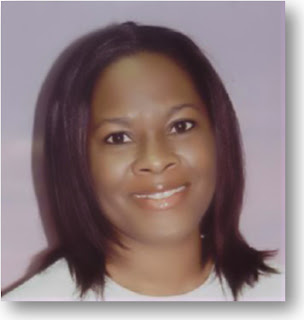 NOTE: I received this newsletter from Sherry Peel Jackson by post. I am a longtime supporter of Sherry and her husband, Colin Jackson, and I consider Sherry an American Hero. She is a beautiful (inside and out) Spirit-filled Christian and an inspiration to all freedom-loving people, worldwide.
I kept in contact with Colin while Sherry was in prison and he was always gracious and giving of his time to keep me updated on Sherry's situation.
I have shed many tears over what Sherry has endured, but today it was tears of joy, when I spoke to her on the phone, for the first time since January 2008, when Sherry and I were guests on a radio program together.
I've seen much of the misinformation about her case on the Internet, which Sherry refers to.  So please, for those who want the facts, get them straight from Sherry herself.
If you would like to make a contribution to Sherry and Colin (I am the one requesting this) I'm sure it would be a big help to defray the expenses of the ordeal they have been through.
Contributions can be sent to:
Sherry Peel Jackson
c/o 1560 Fieldgreen Overlook
Stone Mountain, Georgia
30088
Thank you for your consideration.
Barbara Hartwell Percival
September 9, 2011
Sherry's new website is:
http://www.sherrypeeljackson.org/
Newsletter
Sherry Peel Jackson
Hi Everyone!
I finally have the little shackle off my left leg and am out of the custody of the Bureau of Prisons (BOP).  I am going to clear up some misconceptions, give you a brief summary of my journey and tell you of some of my future plans.
First, let’s clear up some misconceptions that have been flying around the Internet for a few years.

I was convicted of a misdemeanor, not a felony.  There is a BIG difference.  You can look up the differences when you have some free time.
I was not convicted of tax evasion but willful failure to file.  Tax evasion is when you file but leave off over 25% of the “income” that you earned.
Willful failure to file has a definition that includes (1) you didn’t file, (2) you knew you were supposed to file and (3) you were liable to file.  Since I am not guilty of (2) and (3) then I am innocent even though the jury found me guilty.  Just because people say a thing doesn’t mean it is the truth, as most of you already know and understand.
I didn’t “make thousands of dollars off the people” by having “tax protest” meetings.  We had meetings to discuss my findings and the findings of others.  I didn’t tell people to file or not to file.  I told them to study for themselves.  I think this is the main reason that I was not charged with any felonies.  The money paid by the participants to come to meetings was used to pay for the hotel and the food.  Many of you know that when I gave meetings I had at least coffee and cookies.  Go to your local Marriott or Hilton and price out a meeting room with coffee and cookies, and you will understand why I was short of funds at the end of many of the meetings.  Many volunteered to make up the difference at the end of the meetings and to them I am especially grateful.  However, sometimes I had to come out of pocket and even borrow to pay for the meeting expenses.
I was not incorporated during the time I was speaking.  I had already filed a final corporate tax return.

Now, let’s move on to a brief summary of what happened.  There are some things I know now that I didn’t know in the past but I am not at liberty to discuss them right now, so read between the lines if you can.


On October 30, 2007, a jury found me guilty of four (4) counts of willful failure to file tax returns.  On February 14, 2008 I was sentenced to four (4) years in federal prison even though the sentencing guidelines gave a sentence of 27-33 months.  The prosecution asked for and was granted an “upward departure”.
I was immediately taken from my family and placed in the Atlanta City Detention Center for 2 months, then in the Robert A. Deyton Detention Center (a privately owned prison in Lovejoy, Georgia) for another month.


In May 2008 I was flown to Coleman Prison Camp in Coleman, Florida (an hour from Orlando and from Tampa) where I stayed until December 2009.  I became very ill, with what we know now as hyperthyroidism, in July 2009.  After a hospital stay in July my situation got critical and I reached out to my US congressman for help in late November 2009.  It just so happened that I used to be his CPA.  My husband sent the desperate e-mail to the congressman, but he also sent my e-mail to 20 of my dear supporters.  From there, that e-mail went viral, and I started receiving cards and letters from all other the world.


In mid December, almost a month after the letter went out; I received a copy of the American Free Press during the evening mail call.  That edition had a picture of me on the front cover with the caption, “Will The Feds Kill Sherry Jackson?”  Less than an hour later I was packed up and shipped to a county jail, where I spent that night and a better part of the next day, without explanation.  At 4pm I was picked up from the county jail by a man and woman in dress clothes and taken to the Tallahassee Federal Correctional Institution, a low security women’s prison according to the BOP.  However, that classification is relative because the BOP has not designated a “supermax” facility for women. Women in the BOP system who are classified as “special management concerns” due to violence and/or escape attempts are confined in the administrative unit of Federal Medical Center, Carswell in Fort Worth, Texas. Most high security female prisoners reside in special restricted zones within general women’s prisons.


Tallahassee had murderers and all manner of women criminals.  The worst of these were housed in the special housing unit (SHU) for fighting and other major infractions.  The SHU was a prison within a prison, and that is where I was kept for five (5) months!  I was in a cell alone with no real shoes, no real comb and lacking many of the personal items that I needed to live with dignity.


But by the grace of God I survived solitary confinement.  I asked for and was given a Bible on my first night there.  I read it from cover to cover in 26 days and then started to study by book, chapter and verse.  After a month or so I was allowed to purchase a radio.  I found three (3) good Christian stations and wrote out a daily schedule from 8:00am to 11:00pm of all of the ministries that were on these stations.  Although I also listened to NPR and Fox Radio from time to time, I spent most of my listening time with Dr. David Jeremiah, Dr. Charles Stanley, Chip Ingram, Tony Evans, Ravi Zacharias, Chuck Swindoll, John McArthur and the late, great Dr. Adrian Rogers.  It was as if I was in my own classroom with these instructors all to myself.


It was too cold in Tallahassee from December through March, so I didn’t go outside.  After March I went out in slippers (they wouldn’t let you have real shoes in the SHU) and walked for an hour Sunday through Thursday.  I also tried to stand in the sun sometimes, to get some vitamin D.  The walking area was the size of a large family room, and I walked around and around singing praise songs.


There were three of these large recreation cells outside.  I was always kept in one alone.  The other two cells had women from Tallahassee and women from other prisons being held over for transport.  Their language was so vile that I had to sing to myself to drown out the filth.


After five months I was bussed to the Robert A. Deyton Detention facility in Lovejoy, Georgia for 2 months for a pending appeal, and then bussed back to Coleman Prison camp from August, 2010 till February 15, 2011.


From Coleman I went to a transitional facility in Atlanta.  This “halfway house” housed around 125 men and 20 women.  It was slightly better than prison, but it was another large challenge for me.  I was put on home confinement, then taken off due to a faulty ankle monitor, then placed back on home confinement June 20, 2011.  On August 8, 2011 I was released from the halfway house and began a year of supervised release with the US probation office.  I will get more into detail about this journey at a later date.  Suffice it to say that 36 months in prison will change anyone’s life.


My future plans are to:

Build a stronger relationship with the Lord and with my family.
Publish the book that I have already typed up and sent to copyright.  This book is not my life story but it is the best book of the 6 that I wrote while in prison.  I pray that this one becomes a movie because it (1) puts a face on prison and (2) shows how easily one can be imprisoned.  More on this book later.
Finish typing and editing the other 5 books that I wrote while in prison.
Attend seminary and obtain a Masters of Arts in Christian Studies.
Start a much needed Women’s ministry (non 501(c)(3) ministry).
Speak on social issues of the day, such as prisons.
Grow my home based businesses.  The links for my businesses are at the top right hand side of this page.  I am passionate about them, and my goal is to have fun and enjoy what I do while making a few bucks at the same time.
This concludes my August newsletter.  I welcome you on this new journey with me.  Future topics will include:
Is the church under God or under Caesar?
What’s going on in the family?
What are you doing to buffer yourself from the next financial crisis?
Who can you trust?
Education or indoctrination?
Until then be strong and vigilant. 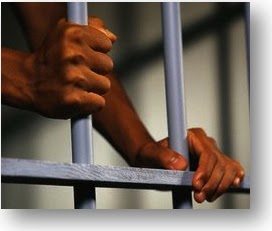