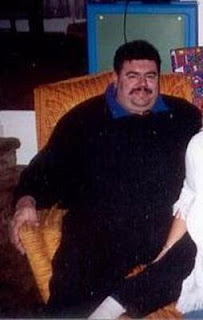 Larry Lawson in his Bunker

It is a compliment to find that one does not meet Larry Lawson's standards for credibility.
--John Perna

Larry Lawson is a government shill who, quite a few years ago, "made a deal" with the feds to have the charges dropped for felony threatening of the president.


Lawson's part of the "deal" is that he must harass, libel and slander genuine patriots, legitimate  whistleblowers and journalists. Lawson is a disruptor, what is known as a "spoiler", for he bulldozes his way into every important issue which is addressed by legitmate people and attempts to discredit the messenger, or the message.
Larry Lawson produces and distributes a voluminous newsletter called Larry Lawson News. This newsletter is comprised mostly of second-hand items (some of which are legitimate) sent to Lawson by various contributors, a number of whom are government shills/snitches.
Who are Lawson's longtime accomplices? Pam Schuffert; Tim White; Todd Fahey; Ken Adachi; Brenda Negri; Shirley Anderson; Sherry Shriner; Charles Bruce Stewart... and I'm sure many new government stooges and shills have been added since last I checked.
Who does Lawson promote and defend?  Ex-FBI agent Ted Gunderson; John DeCamp, along with all the names mentioned above.
But let me add this: If Lawson is promoting someone, he or she is likely to be a suspicious person.
Lawson also uses many message boards, most notably Yahoo groups, to post his libelous falsehoods about patriots. The sheer volume of Lawson's writings (and the effort it must take to distribute them) make you wonder how Lawson could possibly find time for anything else.
Larry Lawson is also involved in radio. At one time he had a show on GCN, but he is also a frequent caller to many radio shows, especially when one of his targets is a guest. Lawson has done this to me personally, and his tactic is melodramatic accusations to disrupt the show and derail the discussion.
I once challenged Lawson to a public debate on radio (2003) as I was disgusted with the constant barrage of lies he promoted about Barbara Hartwell. Lawson refused, but naturally, continued spreading his libelous falsehoods.
Just looking to see who Lawson targets is a fairly good measure of credibility and legitimacy: If Lawson targets you, then it means the government wants to take you down because you are a Messenger of  Truth; you are defending Liberty; you are opposing government corruption and totalitarianism.
Some of Larry Lawson's high profile targets: Rick Stanley; Barbara Hartwell; Geral Sosbee; John Perna; Carl Worden; John Stadtmiller; Sherry Jackson. Note that two of these individuals (Stanley and Jackson) demonized by Lawson, are wrongfully incarcerated simply for exposing the truth and exercizing their God-given, constitutionally protected and guaranteed rights.
Lawson disseminates outrageous lies about targets, in addition to defaming their character. And he also engages in fear-mongering, promoting many hoaxes, attempting to draw patriots in to support the hoaxes, thus discrediting them.
Finally, a brief excerpt from a report on Larry Lawson, by John Perna.
By their fruits shall you know them: This means YOU, Larry Lawson!
LARRY LAWSON HOAXES
It is a compliment to find that one does not meet Larry Lawson's standards for credibility.
Larry Lawson combines logical fallacies together to evade discussing issues.
Larry Lawson has a LONG history of perpetrating hoaxes.
Years ago, I had decided to leave this professional fraud alone, but apparently he will not allow that.
So let us review his record and his tactics.
Ad hominems - personal attacks to shift the discussion from the message, to the messenger.

Poisoning the Well Fallacy -involves trying to discredit what a person might later claim by presenting unfavorable information (be it true or false) about the person. Actually a type of ad hominem; except that it is done IN ANTICIPATION of debate.

Straw man - Attempting to burden an opponent with an unpopular, or indefensible, position; which was never presented.

Why does he do this? Because I have repeatedly exposed his hoaxes.
How MANY hoaxes are we supposed to accept, from one person, before we just stop listening all together?
HOW MANY MORE HOAXES???
If we are deceived by hoaxes, then REAL patriots will be embarrassed, discredited, and rendered ineffective. Patriots who lose credibility, will be unable to provide factual information. Credibility is EARNED. A person's record speaks for itself.
Barbara Hartwell Percival
Legal Defense & Research Trust
PO Box 7487
Ocean Park, Maine 04063
Barbara Hartwell Vs. CIA
http://www.barbarahartwellvscia.blogspot.com
Posted by Curriculum Vitae at Thursday, March 04, 2010