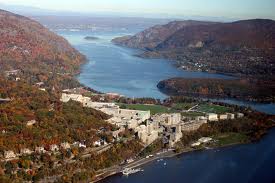 Erik Scott Memorial Website
http://www.erikbscott.com/index.html
The following tribute to Erik Scott was written by his West Point classmate and close friend, Mike Scimeca. His and other classmates' memories are being incorporated into a U.S. Military Academy at West Point Class of '94 memorial to Erik.

There is no question that Erik was an extraordinary soldier and leader of men. Most important, however, is the memory of him as a shining human being and a loyal friend. His chronic optimism was contagious. Throughout Beast Barracks, I remember Erik always having a content look on his face. The image of Erik whistling, while cleaning his weapon, after marching back from a wet and miserable week at Lake Frederick, is indelibly etched in my mind. In twenty years of memories, I cannot recall Erik being anything but positive and cheerful about the past, present and future.
Erik was a "striver" in everything he did. He had [such] an intensity and focus to accomplish goals that books could and should be written about [them]. Erik constantly encouraged those around him to greater physical and mental achievements. On one occasion, following a grueling leg workout in the gym, Erik challenged me to a race back to the barrracks. We had to descend three flights of stairs and sprint approximately one quarter of a mile back to Sherman Barracks. On his first challnge, I edged him out by a couple feet.
Two days later, Erik and I were at it again, but this time he executed a perfect dive-roll off the last flight of stairs (from about 15 feet!). I just stopped, in total amazement at what I [had] just witnessed. I met him back at the barracks 10 minutes later, where I found him with a bright smile, already showered and immersed in his evening studies.

“Success and warm humble smile” is how Erik will always be remembered.
Erik Scott was and always will be one of those souls that "walks in the light." Every person that had the good fortune to know Erik is better for it. He saw the best in every person and every situation. Erik was a driven, successful person, who wanted to pull everyone up with him --and he did.

Someday, I plan to see Erik again, and I hope he is proud that I lived the remainder of my life as he did —with passion, intensity and fierce loyalty to his family, friends, and his country.