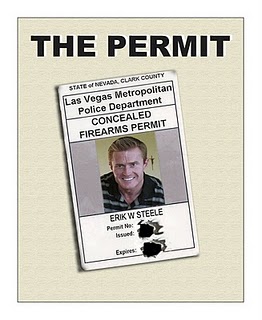 "The Permit" was inspired by the actual event of my son, Erik Scott, being killed in Las Vegas, Nevada, on July 10, 2010 (www.erikbscott.com). Although certain elements are true, this is strictly a work of fiction, a product of my imagination, and all characters bear no relationship to actual persons, living or dead. However, a number of technologies and weapon systems depicted in the book do exist.