NOTE: Former FBI agent Geral Sosbee is a Vietnam veteran. Since being forced to retire from the FBI in 1978, he has been brutally persecuted, simply because he refused to go along with the corruption inside the FBI; and because he honored his oath to defend the Constitution.
The treatment he has received --being targeted for psy war terror tactics-- is tragically emblematic of how the government of the United States of America views those who have served their country with honor, but who have also taken a righteous stand against criminals in the federal government.
I have personally witnessed the the unconscionable treatment of many of America's veterans, including those among my friends, family and professional colleagues. I have spoken to these individuals at length, I have listened to their horror stories, I have wept with them, and for them, and I have heard the angels weep.
Geral Sosbee is one of those veterans. He knows from firsthand experience whereof he speaks.
I thank my good friend Geral for speaking out. And I agree wholeheartedly that Memorial Day 2010 is a national disgrace.
BHP
May 28, 2010
From Geral Sosbee
Memorial Day 2010: A National Disgrace
27 May 2010
See my comments this Memorial Day on the outrageous criminal activities of the fbi/cia,et al against veterans, even as Gary Sinise parades about in pretentious concern for our suffering vets.
----------------------

This Memorial Day is day of National Disgrace for the corrupt USA's treatment of its own war veterans and for this nation's phony wars on the people of the world.The so-called "GOP Savior" Gary Sinise should stop insulting the veterans with his pretense of concern for them, especially as many suffer from unlawful assaults & mistreatment by the thugs of the government of the United States of America (i.e.: the fbi/cia assassins).

See my reports on this subject as follows: The intel services (fbi/cia) force suicide on some veterans with the full knowledge of VA. Other veterans prefer death to a padded cell or jail. In any event , Gary Sinise, stop the charade that USA cares for and has patience with its veterans. You are an actor, Gary, now playing politician on the backs of injured and killed veterans. Your silly ads are sadly laughable to all knowledgeable vets.
Actor Gary Sinise, floated as possible GOP savior by Nicole Wallace, a political advisor to George W. 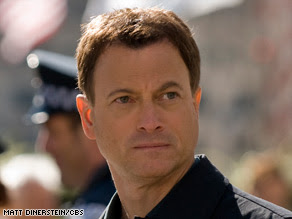