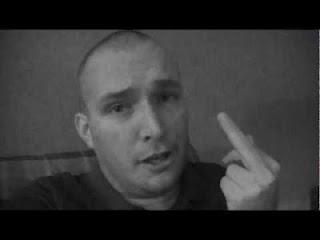 On Saturday, June 2, Janet Phelan and Barbara Hartwell were guests on Truth Talk News, hosted by Howard Nema. Our topic was Nazi Propagandists in the Patriot Movement.
To listen to the 3-hour special report:
http://www.youtube.com/watch?v=NbUVfs0HT84&feature=youtu.be
A Neo-Nazi named Mike Delaney ("Heil Hitler!"), among the most reprehensible Jew-haters/Hitler supporters, was one of a few whose vile propaganda was exposed on this program. Delaney, whose websites promote Adolph Hitler as a "noble warrior for truth" and tout Nazi war criminals as shining examples of moral rectitude (no, I am not joking), uses the name "Zion Crime Factory", by which he is actually addressed on talk shows.  The hosts who interview Delaney do not call him by name, nor does he ever volunteer his name.
("My guest today is Zion Crime Factory": Quote from Deanna Spingola, Nazi pimp)
Why is this, you might ask yourself?
There can only be one reason for this: abject cowardice. Only a spineless coward finds it necessary to hide behind some ludicrous handle like "Zion Crime Factory". Aside from that, any person not willing to stand up and identify himself has ZERO credibility. As for the talk show hosts who would aid and abet Delaney's cowardice (as well as give him air time in support of his despicable views) they are, at the very least, calling their own credibility into serious question.

Nazi Pimp: Deanna Spingola
The first I ever heard of Mike Delaney was a few weeks ago, after I posted a report exposing a woman named Maggie Roddin, who hosts a program called The Unsolicited Opinion, on RBN and Orion Talk Radio.
(See links below for related reports.) 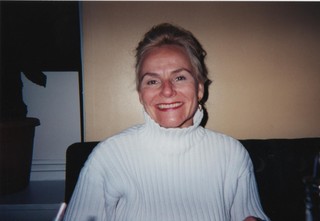 
"I am sure you have been noticing another little jew game materializing over the past few years: plenty of jews are pretending to side with whites."


"Sure, most of these jew rats are simple infiltrators doing what jews naturally do, destroying any resistance to them.


"More and more though I am sensing a growing number of jews become very anxious about the creations of their fellow jews all around them. They seem to understand that the colored mobs will be impossible to control and that they will turn on them. It’s not that these jews have any guilt about what they have done at all, it’s just that that see that their lives are in serious jeopardy if this craziness called diversity goes on the way it has."


"Jews can be given no safety among us under no circumstances."


It’s funny how these kike “patriots” are all for freedom of speech/1st amendment when it comes to police brutality, bush-did-911, etc., but when people start calling out the Jews it’s “hate speech” and should be suppressed! These aren’t patriots, they’re communists."

Aside from pointing out the generally unmitigated stupidity of these commentators, it will be clear to anyone of even minimal intelligence who reads my website that I loathe communism, as much as I loathe the Nazis.


As far as my position on "hate speech", I don't advocate censorship of any kind. The last thing I want is to silence these people. I'd rather take the opportunity to expose them. No better way to do that than to let them hang themselves with their own words.